A fictitious consumer we’ll call John purchased a new car about a year ago, say, for $22,757 – the Kelley Blue Book Fair Purchase Price of one small sedan in a suburb of a major Southwest city.

“What is GAP coverage?” is a question he didn’t ask when he bought his vehicle.

So, in this example, he didn’t purchase GAP coverage – guaranteed asset protection – often referred to as “gap insurance,” even though it was offered at the dealership and by his insurer. And, then, it happens: The car is declared a total loss after an accident, a natural disaster, vandalism or theft. 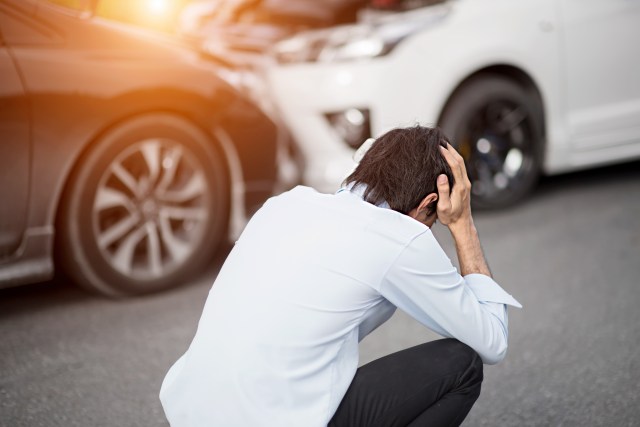 John’s auto insurance company says the value of the year-old vehicle is about $13,000 because of depreciation. Unfortunately, despite a 10 percent down payment, he still owes the lender almost $17,000 on the vehicle, which, in this example, means there’s about a $4,000 gap.

(John still would be “upside down” if the car was a total loss after two years, owing about $2,500 more than it’s worth. Only at three years, in this example, does his regular insurance nearly cover the loss.)

That’s where GAP, or gap, coverage comes into play.

It could possibly make up the difference between John’s ordinary collision insurance and the amount owed if the vehicle is totaled*, when he still must continue to make regular on-time payments for a vehicle that no longer can be driven and that he will need to replace.

Here are some of the reasons that GAP coverage may be appropriate for a consumer to consider, according to Edmunds.com and bankrate.com:

Making a larger down payment – say 20 percent – could have a dramatic effect on the gap.

Ultimately, whether John purchases GAP coverage has a lot to do with his risk tolerance and how much he could afford to pay out of pocket to cover a gap if the vehicle is a total loss.

Car buyers should be careful not to go over the edge and fall into a financial gap.

* GAP coverage may not pay off the difference between the customer primary insurance settlement and the account balance at time of total loss. Refer to your contract and/or contact your insurance provider.

You might say the Toyota Highlander has reached the mountaintop, the Toyota Prius is sitting pretty, and the Toyota Sienna is big among minivans. They lead the list of the top 10 cars original owners keep longest based on a…