It has been a banner year for Santander Consumer USA Inc. (SCUSA) in 2013.

That news included the launch of Chrysler Capital, a private-label agreement with Chrysler Group, new lines of business and announcement of a headquarters move to downtown Dallas in early 2014.

“Santander Consumer USA accomplished a great deal as an organization this year,” said Laurie Kight, spokeswoman for SCUSA. “These milestones set the stage for continued development and growth of the business through 2014 and beyond.”

Following are news reports of the SCUSA developments:

– “Santander Consumer, a subsidiary of the international financial giant Banco Santander SA, is negotiating to lease as much as 400,000 square feet of office space in Thanksgiving Tower on Elm Street,” reported The Dallas Morning News in October. “The company would use the space to consolidate workers, some of whom are now located on Stemmons Freeway near Love Field.”

– “Santander in March 2013 entered into and began purchasing receivables ‘under certain agreements’ with LendingClub, the peer-to-peer unsecured lending technology company,” reported bankinnovation.net. “The agreements allow Santander to purchase up to 25% of LendingClub’s total originations for a term of three years. … Additionally, the strategic relationship with LendingClub gives Santander ‘the right to purchase nonprime loans.’”

– “[Retailer] Bluestem Brands, Inc., announced that it has entered into a seven-year agreement with Santander Consumer USA (SCUSA) and WebBank on a private label credit program for its Fingerhut and Gettington.com brands,” reported The Wall Street Journal’s Market Watch in September. “Under the agreement, SCUSA will purchase new and existing revolving credit receivables from Bluestem Brands.”

– “Santander Consumer USA topped the chart for loan application availability online, scoring nine of a possible 10 points. A mobile option and a couple of contact resources propelled it to the No. 1 spot,” reported Auto Finance News following a “mystery shopping” exercise. AFN tracked responses from the nation’s top 20 auto financiers as ranked by the 2013 Big Wheels Report and “were scored on speed, ease of use, security options and resources provided.”

Santander Consumer USA currently has relationships with more than 14,000 automobile dealerships nationwide, 95 percent of which are franchised stores. About 4,000 employees work in SCUSA’s Dallas headquarters, other service centers and in sales positions throughout the United States. 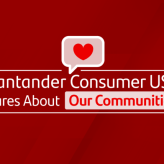 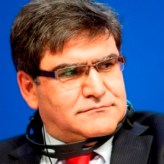 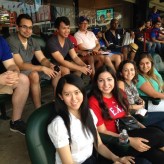