You’re supposed to test drive a new vehicle before buying it.

That can be a problem until you’ve narrowed your choices to a couple models.

Call it a Catch-22, though: It’s difficult to imagine finding the time to test drive before you trim your list, but it’s tough to narrow your choices without test driving them first.

Overall, five out of six car shoppers test drive vehicles before buying them – but about one-third of all shoppers test drive only one car – based on the latest statistics available. Last year, Americans bought about 17.5 million new cars, meaning that nearly three million were purchased without the buyer having taken a test drive and many more were driven less than a half-hour. 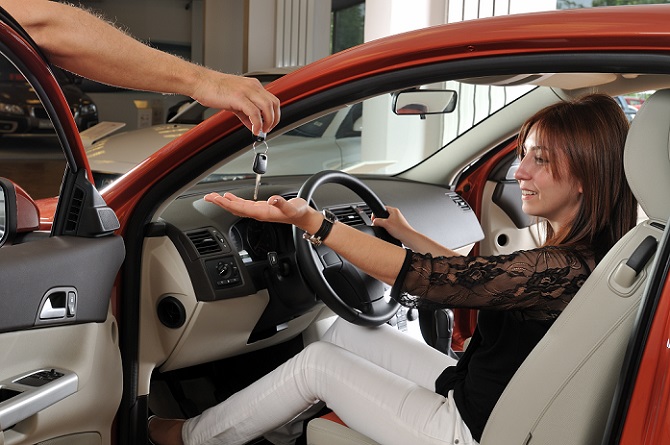 “For consumers in the market for a new car, it can be difficult to keep up with all of the new – and newly redesigned – models that have been released since they last bought a car,” according to a recent press release from Autotrader, the popular third-party, car-shopping website.

So what is a serious car shopper to do with a range of more than 300 new-car models available?

That sort of thinking resulted in Autotrader’s “Must Test Drive” vehicle lineup for 2016 for which its editorial team selected “the top 10 vehicles that shoppers should experience for themselves.”

“We created the Must Test Drive Awards to highlight vehicles that are unexpectedly good,” said Brian Moody of Autotrader in announcing the awards. “We have a chance to drive a lot of cars, but few leave us certain that shoppers are missing out if they don’t take them for a spin.”

“The 10 vehicles we chose this year did just that,” he said, while representing a wide range of body styles to ensure that no matter what kind of vehicle a shopper is considering the list will point them in the right direction for their next purchase.

Here are short videos of the first three 2016 vehicles (in alphabetical order) on the Autotrader roster – the rest will follow over the next two weeks – along with Autotrader’s description of each:

The all-new 2016 model competes with the very best cars in the segment … feels agile and light on its feet and has a long list of available high-tech features, including Apple CarPlay and Android Auto.

The FIAT 500X competes in the hot new subcompact-crossover segment. The 500X is roomy, offers more-than adequate power, is as capable and efficient as rivals and is reasonably priced.

Car shoppers may find themselves dazzled by the Civic’s generous interior dimensions, its impressive list of available equipment and its truly fantastic interior. The latest Civic offers the car’s usual benefits, such as reasonable pricing, several engine and body style choices and [vaunted] reliability.

Look here for additional comments on these models and why they were selected.

“No matter what you’re looking for,” said Moody, “there’s sure to be at least one car on this year’s Must Test Drive list that you should check out for yourself.”

When is a car crash not an accident? When it’s done on purpose to rate a vehicle’s ability to keep its occupants safe. And it’s no accident when some vehicles are rated among the safest after crash testing. The Insurance…

The following post originally appeared on our RoadLoans blog, The Open Road. With the wide release of the new Superman movie “Man of Steel” this week, watch out for the new TV commercials and print ads for the Ram of…