Fumbling the football in a big game usually is a bad thing.

Sometimes the consequences linger, although usually not for years, let alone a decade.

But this can be the result of a “credit fumble,” or significant financial mistake, about two-thirds of young adults make before they turn 30 years old, according to Credit Karma, a consumer credit advice website. 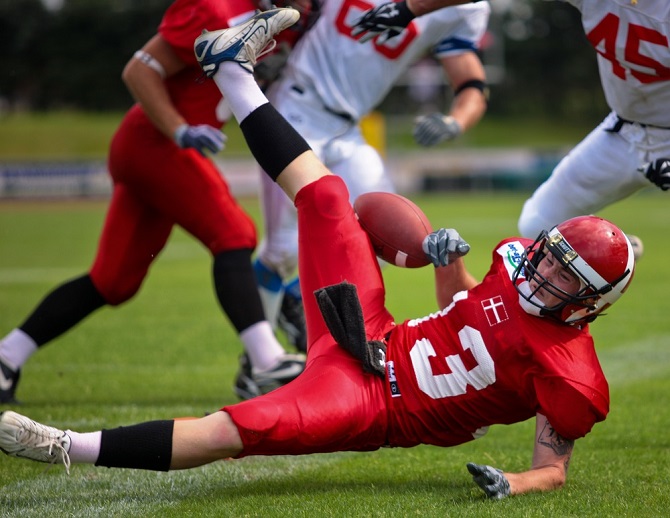 “Credit Karma’s credit fumble research quantifies a phenomenon that’s played out for too long in America,” said Kenneth Lin, Credit Karma founder and CEO. “The lessons for us are clear: These early credit mistakes are more common than we think, and they affect people in very real ways.”

The major mistakes, or credit fumbles, include overspending on credit cards, missing payments, having an account sent to collections or defaulting on a loan, reported Credit Karma, which partnered with a research company, Qualtrics, to survey 1,051 Americans ages 31-44, about trouble they encountered managing their personal finances before they turned 30 years old.

“We looked at this alongside data from our more than 45 million members to put into hard numbers what we’ve long suspected as true – that new-to-credit consumers have the freedom to borrow, but not always the education to manage the responsibility, and it’s taking its toll,” Credit Karma said.

Among the survey’s other findings:

Indeed, the greater the offense, the longer it will be reflected on a credit report, Bethy Hardeman, Credit Karma chief consumer advocate, told CNBC, while noting that it usually takes consumers seven to 10 years to erase negative marks from their credit.

“I think a lot of people don’t realize … is how a missed payment can stay on your credit. It can be one mistake that you don’t think is a big deal that can cost you thousands in the long run.”

“These early mistakes,” added Lin, “can have a lingering impact on the quality of people’s lives.”

According to the Federal Trade Commission, identity theft cases reported in the U.S. more than doubled from 2019 to 2020. Proving the point that ID theft is very much on the rise, and it’s now more important than ever to…

When an account becomes seriously past due, the creditor may decide to turn the account over to an internal collection department, sell the debt to a third party, or refer the account to a collection agency. Once an account is…

Smart move. Getting your credit reports from the major bureaus puts you in a position to set reasonable expectations when you apply for financing on a vehicle. And to take advantage of the opportunity to positively influence your credit score….