Worrying about whether you could ever let your vehicle do the driving.

And recent reports about higher crash rates for self-driving, or autonomous, vehicles than for those driven by humans – including one from Google itself – haven’t been reassuring. 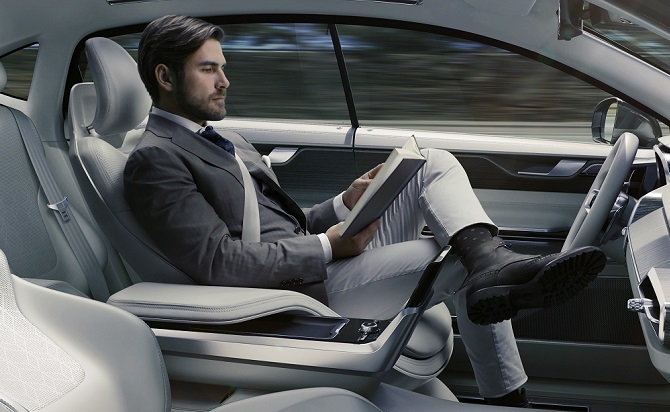 Simply stated, the VTTI study suggests that crash rates reported by another university’s study and by self-driving car pioneer Google were overstated because they didn’t include unreported accidents. (Such accidents comprise about 60 percent of property-damage-only crashes and 24 percent of injury crashes, according to a 2015 study by the National Highway Traffic Safety Administration.)

“These findings reverse an initial assumption that the national crash rate … would be lower than the Self-Driving Car crash rate in autonomous mode,” the study said.

Those rates were found to be 1.9 per million miles and 8.7 per million miles, respectively, by the University of Michigan Transportation Research Institute, which compared crash rates among Google, Delphi and Audi self-driving cars in 2013. Google, which commissioned the latest study, previously calculated that 13 events arising in its autonomous vehicle testing between September 2014 and November 2015 “would have resulted in contact of some sort with another road user or traffic cone” – which translated to a shocking 30 crashes per million miles driven.

The new study compared national crash data and a study that captured the on-road experience of 3,300 vehicles driving more than 34 million miles with data from Google’s Self-Driving Car program.

The researchers were cautious, though, noting that “low exposure for self-driving vehicles – about 1.3 million miles in this [VTTI] study – increases the uncertainty in Self-Driving Car crash rates” when compared to the previous study and nearly three trillion miles driven in the United States in 2013.

“As self-driving cars continue to be tested and increase their exposure, the uncertainty in their (accident) rates will decrease,” the researchers wrote.

The question for drivers, of course, may be whether such uncertainty over their safety persist.

Scanning the Internet yielded a treasure trove of content for this edition of “Stories about Cars,” Santander Consumer USA’s bi-weekly compilation of interesting articles and blog posts you might have missed otherwise. We’ll provide just enough information for you to…