Breathing clean air and living in an environment free of toxins is something most of us take for granted. However many people in the U.S., particularly those in underserved communities, suffer ill effects from living near hazardous materials and pollution.

As we commemorate Earth Day, we want to recognize Southern Sector Rising (SSR) – an organization that aligns with the SC Foundation philanthropic pillar of Sustainability, Crisis and Resiliency.

For years, the community of Floral Farms on the outskirts of the City of Dallas has endured what has been dubbed “Shingle Mountain” – a pile of more than 100,000 tons of toxic material that was illegally dumped in the neighborhood. The pollution became so bad children were forced to stay indoors and some residents were coughing up black phlegm and have developed long-term breathing issues.

SSR launched a campaign to shut down and clean-up Shingle Mountain. Months of litigation and complaints to the City of Dallas by families and activists highlighted the challenge of environmental justice – the issue of poor and marginalized communities being disproportionately exposed to environmental and health hazards.

Shingle Mountain was officially cleared in February 2021, now, plans are underway to create a park where the mound was. The SC Foundation donated $100,000 to help SSR in its mission to support the people of the Floral Farms neighborhood. 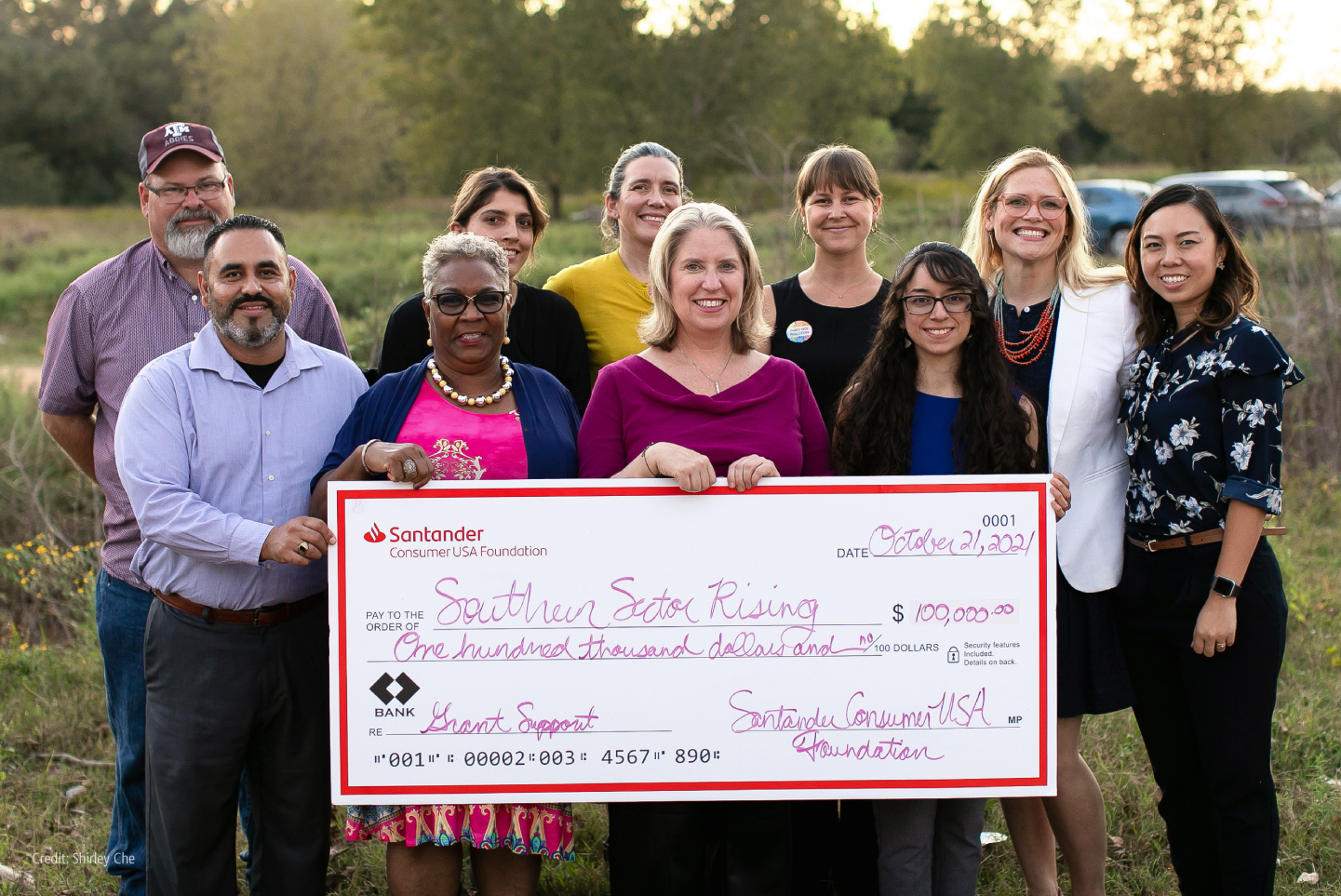 “Without the funding from SC, there would not be the capacity to move this project forward,” said Evelyn Mayo, chair of Downwinders at Risk and Urban Research Initiative Fellow at Dallas’s only HBCU, Paul Quinn College. “SC has better equipped SSR and the allied organizations supporting the park effort to execute on making this dream a reality.”

Architecture firm HKS has already designed a concept for the park. “The support we have received from SC has been essential to the success of this project,” said Erin Peavey, HKS architect. “We are all volunteers, and working pro-bono, and the SC contribution allowed us to have dedicated help and make this more sustainable for the rest of the team.”

The funds from SC are also helping SSR grow as it continues to seek justice. “The funding from SC has benefited Southern Sector Rising in helping to hire our first manager to assist with organizing meetings, support in the remediation of the Shingle Mountain Property, project management, and marketing with other allies of the Park for Floral Farm, assisting the Neighbors United/Vecino community,” said Marsha Jackson, co-chair Southern Sector Rising and co-chair Floral Farms Neighbors United/Vecino.

“The SC Foundation recognizes the inherent challenges for underserved communities to overcome environmental injustices and seeks through its sustainability and racial and social justice pillars to help provide a voice to communities that are seeking the very basic but important desire to breathe clean air,” said Suzanne Massey, Vice President, Santander Consumer USA Foundation.

We walk the talk. If the talk is about Santander Consumer USA communicating with customers. We have more channels than cable TV – well, not really, but you get the idea – from our website to social media to email…