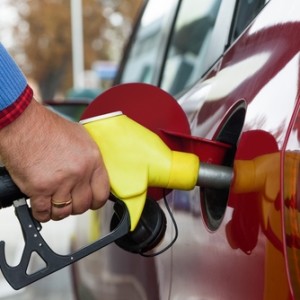 You still can get a gas guzzling vehicle if you want – and can afford it.

But apparently it’s getting more difficult, according to University of Michigan researchers. Not only are there fewer gas-guzzling vehicles around, those remaining tend to carry a steep price tag.

So, if you aren’t driving a Bugatti Veyron, Bentley Mulsanne, Ferrari FF or any of the other 13 gas-guzzling vehicles in eight categories identified by fueleconomy.gov, a U.S. Energy Department website, or a midsized or large SUV, minivan or truck listed by Consumer Reports, then chances have improved significantly that you are contributing less to global warming than just a few years ago.

About 28 percent of consumers bought vehicles that got 20 mpg or less in January 2015, down from nearly half the vehicles sold in 2008, Michigan researchers Michael Sivak and Brandon Schoettle reported. That means about 72 percent of new vehicles get more than 20 mpg.

The average fuel economy of new vehicles is about 25.5 mpg, over five mpg greater than October 2007, the first month of monitoring by University of Michigan researchers.

Meanwhile, the Michigan Eco-Driving Index (EDI), which estimates the average monthly emission of greenhouse gases generated by an individual U.S. driver, was 0.77 in November 2014, down from 1.00 seven years earlier. “This value indicates that the average new-vehicle driver produced 23 percent lower emissions in November 2014 than in October 2007,” wrote Patrick DeHaan at GasBuddy.com.

Among the reasons for the changing picture is the more “eco-friendly philosophy” of American drivers.

“Though it’s hard to quantify, surveys have shown that increasing numbers of consumers are concerned about the environment,” wrote Richard Read at The Car Connection. “That sentiment is especially common among younger Americans [and others] … who want their purchases to align with their ethics.”

The high price of fuel – OK. So this has been less of a problem recently. But experts expect prices at the pump to climb “back toward normal territory” before summer.

And yet, rather than viewing the traditional gas guzzler as an endangered species, perhaps it’s best to think of it as an evolving species that will be with us forever in some form or fashion. After all, a few years from now, many of today’s fuel sippers – the Honda Fit EX, for example, which gets a combined 33 mpg, or Toyota Yaris LE at 32 mpg – could be considered gas guzzlers. 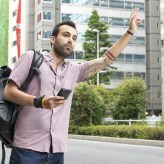 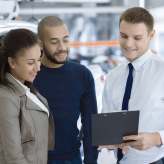 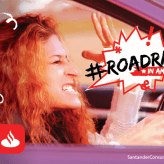 Don’t offend. Don’t engage. Adjust your attitude. These are the three principles AAA Foundation for Traffic Safety says you should follow to help ensure you avoid being the victim of an aggressive driver – or be viewed as one. The…