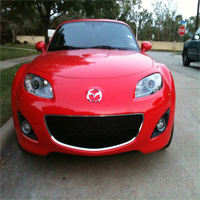 Who’s behind the wheel?

Young car buyers, apparently. And the rest of us better be ready to ride along.

That was the point of a recent column, “Young consumers lead the drive to online financing,” by Jim Henry in Automotive News, autonews@crain.com. “More consumers are submitting their own credit applications online rather than letting dealership F&I [Finance and Insurance] manager do it for them, auto lenders and industry observers say,” according to Henry’s column.

Nearly everywhere you look, retailers from clothing to cars, tell us that Generation Y is in the driver’s seat for new trends, buying power and the future of the marketplace. This means we’ll all have to be millennials, at least in spirit, lest we be left behind as that generation moves down the road.

“Consumers are saying, ‘Why do I need to go to the bank? Why do I need to go to the F&I department?’” Tom Alexander, finance department chairman at Northwood University in Midland, Mich., is quoted as saying in Henry’s column, which appeared at www.autonews.com. Young consumers do it the most, but to a degree, consumers of all ages are interested in online financing, Alexander told the columnist. “Why not just go online at home, get your loan, go to the dealership and pick up your car,” he said, according to Henry.

That puts both automobile dealerships and their financial partners on the spot to service the Gen Y demographic, young people born between the late 1970s and the turn of the century. Whether or not dealerships and finance companies are comfortable with some of the trends associated with the millennials, can often can be determined by how often dealers “flip” online customers into more profitable financing or aftermarket products.

“Santander Consumer USA says its Road Loans [www.RoadLoans.com] online channel for direct loans is growing,” Henry wrote. “Online applications for direct loans make up 15 to 20 percent of Santander’s total auto loan applications. But most of those get switched at the dealership.”

And it’s not just the millennials to whom such convenience is appealing.

Automotive News quotes Mark Rikess, CEO of the Rikess Group, an automotive retail consultancy report, saying, “Interestingly, the same tools and practices that work with young shoppers tend to appeal to female car buyers and tech-savvy shoppers of any age,” who want “a no-haggle experience with a salesperson empowered to get them through the process quickly and transparently.”

And that means Santander’s RoadLoans full-spectrum product is well-positioned to take on the changing market – to get into the passenger seat alongside the millennials and like-minded consumers.

More than 40,000 consumer complaints were filed within the first two months of 2014, according to the Consumer Financial Protection Bureau (CFPB), record numbers for any one or two-month period during the bureau’s almost three-year lifespan. But if last year’s…

The following post originally appeared on our RoadLoans blog, The Open Road. Refinance is an idea we’re accustomed to hearing in connection with a home mortgage – especially in recent months with interest rates at historic lows. But consumers may not be…

The following post originally appeared on our RoadLoans blog, The Open Road. So you think the interest rate on your current auto loan is too high? Lenders and financial experts have an answer for that. It’s an auto loan refinance, and it…