The list of least fuel-efficient vehicles is a who’s who of dream cars.

Not that most of us will ever have to worry about our Lamborghini Aventador Roadster’s fuel economy, getting only 11 miles per gallon (9 city and 15 highway), but we can dream, right?

The two-seater exotic – a “brutally powerful monster” 6.5-liter, 12-cylinder automobile that Car and Driver recently called “the flagship for supercar royalty” – is at the bottom of the U.S. Environmental Protection Agency’s ratings of 2019 models’ fuel efficiency.

Even more so the $3 million-plus Bugatti Chiron which averages 11 MPG (9 city and 14 highway).

Also among the least-efficient cars is the Lamborghini Aventador Coupe, which gets about 11 MPG combined, followed by the midsize Bentley Mulsanne V8 turbo and two Roush Performance F150 pickups at 12 MPG, and the 12-cylinder Ferrari GTC4Lusso mini-compact, Ferrari 812 Superfast coupe, and supercharged Jeep Grand Cherokee Trackhawk 4WD, all at 13 MPG.

Even if a lot of these vehicles – Lamborghini, Bugatti, Bentley, Ferrari, Rolls-Royce – are not affordable for most of us, at least the fuel-efficiency ratings are informative and entertaining.

Here are the rest of the least-efficient vehicles by category and MPG:

Most of these vehicles may not be the stuff of Lamborghini dreams, but at least you can cart around your stuff in them.

And if you want better fuel mileage, check out the EPA’s complete ratings. Comprising almost 1,700 vehicles in more than a dozen classes, they are available online at fueleconomy.gov. 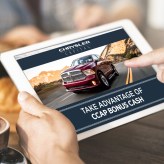 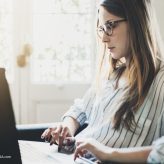 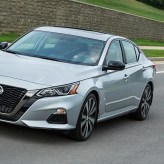 Chances are this isn’t the first time you will hear that buying a used vehicle could make more financial sense than buying a new model for some shoppers. Especially if purchasing a year-old “gently used” car offers great value compared…