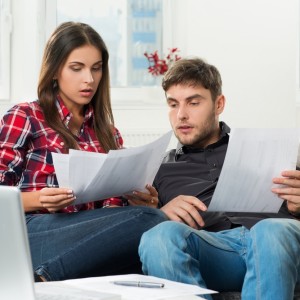 Your credit score was dinged by recent, unpaid medical expenses or an error on your credit report, and now you’re having a hard time getting a loan for a car you need to get to work.

It’s a scenario that is not difficult to imagine when millions of car buyers are considered nonprime (601-660 on FICO’s 850-point scale) or subprime (600 or lower), based on data from Experian Automotive. And when more than half of debt listed on credit reports is unpaid medical expenses, according to a Consumer Financial Protection Bureau report cited by LATimes.com.

That’s why the agreement by the big three credit reporting agencies – Experian, Equifax and TransUnion – to change the way they report medical expenses and correct errors is such a big deal.

Indeed, various sources called it “monumental” and “colossal” for consumers.

“Credit reports touch every part of our lives,” said N.Y. Attorney General Eric T. Schneiderman in announcing the agreement. “They affect whether we can obtain a credit card, take out a college loan, rent an apartment, or buy a car – and sometimes even whether we can get jobs.”

The attorney general said the agreement, which will begin going into effect within the next six months, will “increase the fairness” of credit reports and “provide vital protections for millions of consumers.”

Two key elements of the agreement require the credit-reporting agencies to:

“These findings suggest that millions of consumers have material errors on their credit reports,” said the attorney general’s office, thereby affecting their ability to borrow for a car or anything else.

Experian, Equifax, and TransUnion maintain consumer credit information on approximately 200 million consumers based on voluntary submissions from “data furnishers” such as banks and collection agencies. The agencies provide credit reports to companies who then use the reports to decide whether to grant credit to a prospective borrower and in determining the cost of credit.

Websites, such as Credit Sesame, may provide tools to help you figure out your credit situation, such as a credit score, credit report card and a credit score chart.

For more details of the credit-reporting agreement and what it means to you as a borrower, see the press release from the N.Y. attorney general’s office.

If you own a car you know … Insurance is one of the major costs of owning a vehicle. So, how much does car insurance cost, and how do insurance companies decide that? On average, Americans will pay $1,548 this…

Credit score changes aren’t always a good thing. But sometimes they are. You might have noticed that recently if you are among about eight million Americans with credit score changes resulting from a new rule implemented last year affecting the…