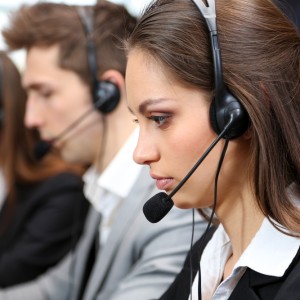 More than 40,000 consumer complaints were filed within the first two months of 2014, according to the Consumer Financial Protection Bureau (CFPB), record numbers for any one or two-month period during the bureau’s almost three-year lifespan.

But if last year’s numbers are any indication, only a small percentage – perhaps fewer than 1,000 of those 2014 consumer complaints – involve auto loans or leases.

Just over two in every 100 consumer complaints to the CFPB last year were about auto loans or leases, with far higher numbers of complaints aimed at mortgage lenders, debt collectors, credit reporting bureaus, banks and credit card companies, the agency’s annual report said.

That’s a silver lining for an industry that has recalled record numbers of vehicles so far this year but apparently is doing well handling most consumer complaints without intervention.

“Complaints give us insight into what is happening to consumers around the country, right now,” wrote Richard Cordray, CFPB director, in a message that accompanied the annual report. “They enable us to listen to, and amplify, the concerns of any American who wants to be heard. They are also our compass, and make a difference by informing our work and helping us identify and prioritize problems for potential supervisory, enforcement, and regulatory action.”

The CFPB is the first federal agency focused solely on consumer financial protection, which includes collecting, investigating, responding to and reporting on consumer complaints.

The bureau has handled about 309,700 consumer complaints since its launch in July 2011, more than half of those complaints, 163,700, occurred in 2013 alone, according to the bureau’s report. Only about 3,500 complaints from last year’s total were associated with either a vehicle loan or lease.

Still, there appears to be room for improvement as vehicle loans represented 60 percent of the 5,300 consumer loan complaints, while vehicle leases represented only 6 percent, the CFPB report said.

Among consumer loan complaints, including car loans and leases, loan, lease or line of credit issues such as billing, late fees, insurance, credit reporting and privacy, were about 44 percent of the total. Issues connected to taking out the loan or lease or changes in account terms was second (23 percent), issues related to non-payment by the consumer (22 percent), and issues encountered while shopping for a loan, lease or line of credit, such as sales tactics or pressure, credit denial or advertising (11 percent).

Only about 2 percent of total debt collection complaints – about 31,100 last year – involved auto loans or leases, according to the consumer protection bureau report.

More details are available in the CFPB annual report or in the Reports section of the website.