Traveling with a dog in the car can distract and stress out the driver. 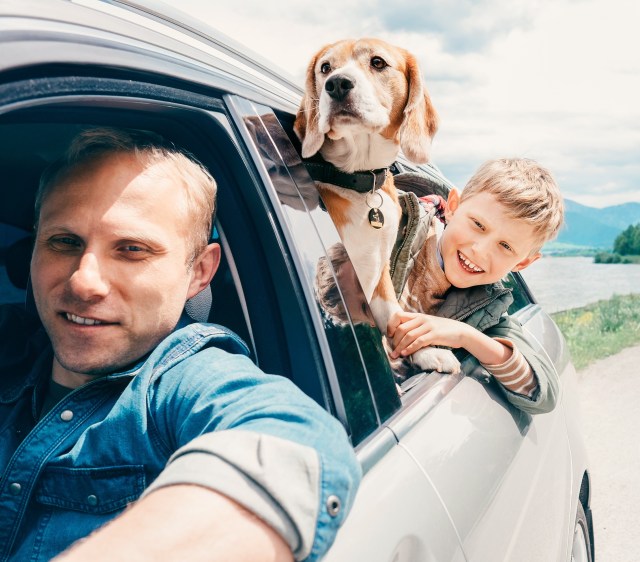 “While pets roaming around the car can be cute and convenient, it poses serious risk for both drivers and their pets, both in terms of causing distractions and increasing the chances of serious injury in the event of an accident,” said Dr. Elisa Mazzaferro of Cornell University Veterinary Specialists.

Although pets now are often “ingrained” as family members, many pet owners aren’t keeping their safety in mind when driving with them, according to Volvo Reports: Keeping Pets Safe on the Road.

Volvo and The Harris Poll, which conducted the survey on which the report was based, followed 15 drivers and their dogs for two hours each, a total of 30 hours on the road. They examined how driving with an unrestrained pet affected driving behaviors compared to when an owner used pet restraints, such as pet seat belts, harnesses, crates and carriers.

Here’s what the study found:

“Unfortunately, in my field, we see the potential devastating consequences regularly, many of which can be avoided simply by ensuring our animals are safely secured,” said Mazzaferro.

The 15 pet owners in the observational study were selected from among 1,433 pet owners included in an online survey of 2,000 adults ages 18 and older.

This year’s survey, conducted in March, was a follow-up to last year’s report, in which drivers expressed anxiety about the safety of their pets when traveling.

Among those results, which focused on millennials (young adults):

Volvo has an interest in the survey results because it claims to be “the leading vehicle manufacturer to develop safety accessories for pets that directly tie into the safety system of the car.” Accessories include a dog harness, load compartment divider, dog gate and protective steel grille.

Americans love their cars. And they love their dogs. Put them together and you have something irresistible. Recognizing that, Autotrader online marketplace has named its 10 Best Cars for Dog Lovers of 2020 and identified six features that set them…