The movie “Love & Mercy,” opening this weekend, is not about cars.

But it is about the music of Brian Wilson of the iconic American singing group the Beach Boys, so you could be forgiven for thinking it might be chock full of songs about cars and surfing.

While there may be “snatches of the Beach Boys’ effervescent melodies,” according to Variety, the movie features depictions of recording sessions for the group’s ground-breaking album “Pet Sounds.”

As the title of that album hints, it has little to do with cars or surfing.

Still, tunes such as “I Get Around” – one of the Beach Boys’ best-selling singles ever – and “Little Deuce Coupe” set the mark for car songs when the idea of driving to the beach in Southern California to surf seemingly was the summer dream of every youngster, teen-ager and twenty-something in the country.

“Just a little deuce coupe with a flat head mill, but she’ll walk a Thunderbird like it’s standin’ still,” sang the Beach Boys on the title track of their record album, “Little Deuce Coupe.”

But “Coupe” wasn’t the only Beach Boys album revved up with growling engines and screeching tires. “Everybody was into competitive racing and stuff like that,” Wilson once told an interviewer.

In fact, four of the “Coupe” songs came from the first three Beach Boys albums – “Surfin’ Safari,” “Surfin’ U.S.A.” and “Surfer Girl” (do you sense another theme here?). Afterward came albums such as “Shut Down Volume 2,” featuring Beach Boys classics “Fun, Fun, Fun” (‘til her daddy takes the T-Bird away) and “I Get Around,” and their sixth,“All Summer Long,” with “Little Honda.”

Last year, Hot Rod magazine readers voted three Beach Boys tunes – “Little Deuce Coupe” (No. 6), “409” (No. 8) and  “Shut Down” (No. 20) – among the top 25 car songs of all time, along with recordings by Rush, Golden Earring, Metallica, Steppenwolf, Sammy Hagar, Deep Purple and others.

And The Orange County Register paid homage to the Beach Boys in articles about their musical ties to SoCal’s car-and-surfing culture, language and locales in “Surfin’ Safari” and “This Car of Mine.”

The Beach Boys’ car songs seem to be miles removed from the tortured genius of Brian Wilson depicted in the movie. But that makes them all the more remarkable – and no less fun. 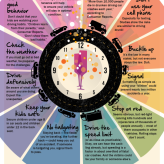 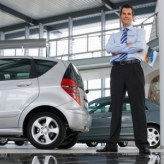