The World Cup match between the U.S.A. and Germany was played in Recife, Brazil, but still drew a crowd to the Santander Consumer USA multi-purpose room, where TVs were available for associates to keep up with the results.

Some fans dressed the part in support of the U.S. team, while most of the crowd simply cheered each nail-biting tackle and exciting attack.

Even a fan wearing the distinctive yellow-and-green jersey of Brazilian soccer star Ronaldinho made an appearance in support of the United States. Ronaldinho himself was left off Brazil’s World Cup squad.

The sting of the 1-0 loss to Germany was soothed by results of the Portugal-Ghana game (which some also followed on mobile phones and laptops), which resulted in the U.S.A.’s advance to the Round of 16. And was celebrated with popcorn before afternoon matches. 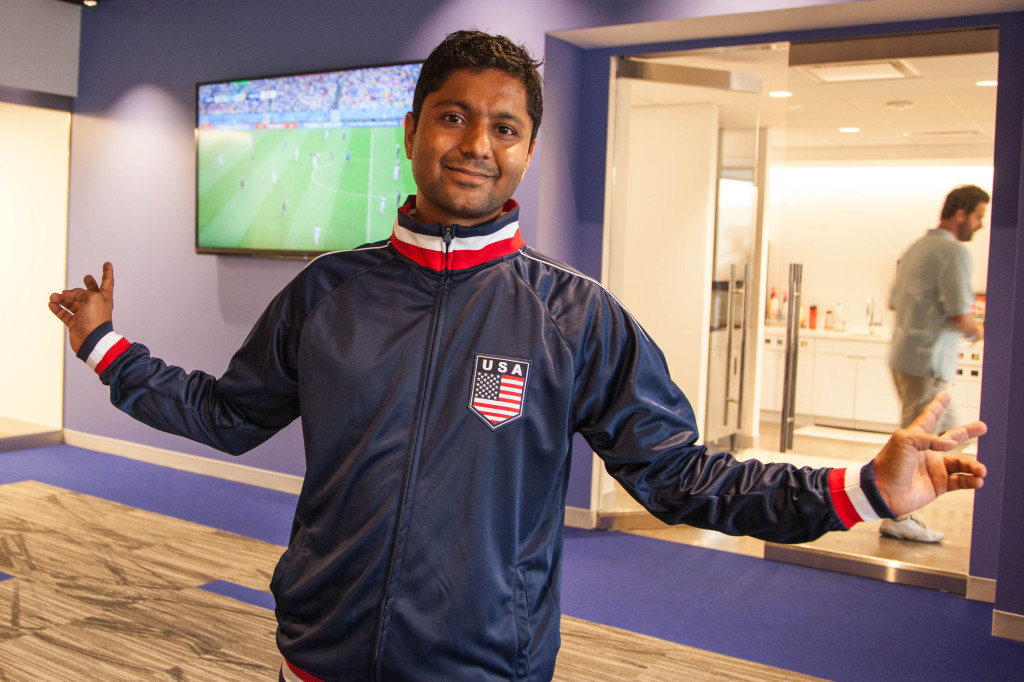 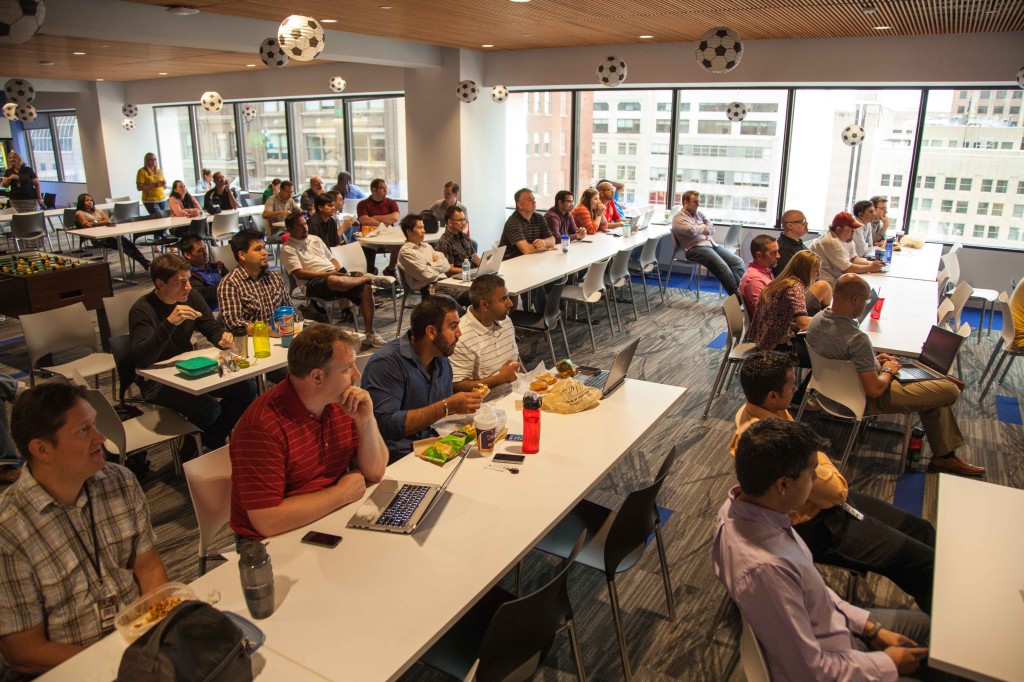 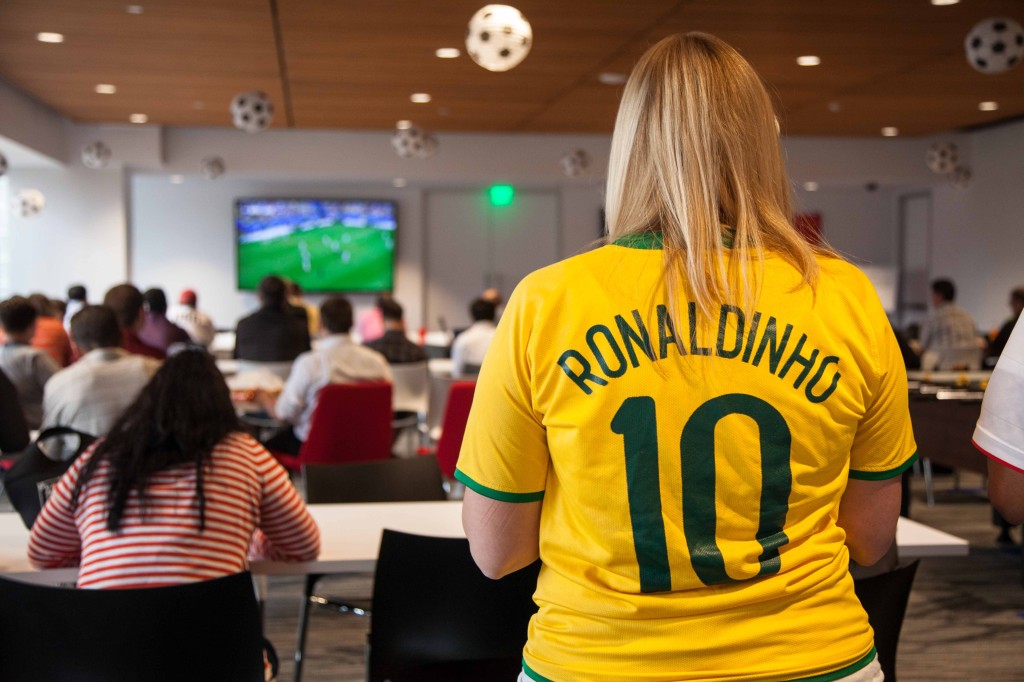 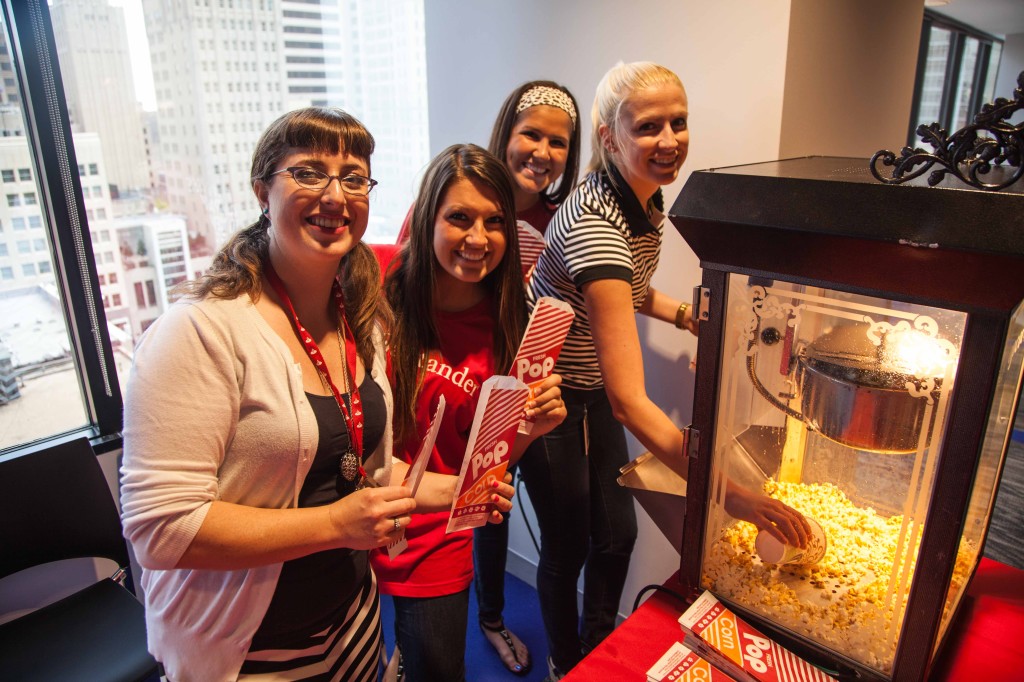 It just makes sense that an auto lender’s charitable foundation would be “instrumental” in getting nonprofits on the road to meeting the needs of their communities. Santander Consumer USA Foundation grants have helped support community organizations from Dallas, TX, to…

Early in our photo contest we knew you loved your Pets+Cars. Our Facebook page still was abuzz on Friday, about 10,000 people had visited our original blog post and more than 200 had submitted Pets+Cars – which included two monkeys,…