Quality apparently is spelled with a K.

“Kia” to be more exact as owners of vehicles produced by the South Korean automaker report fewer problems with their new vehicles than any other, according to J.D. Power.

JDP’s Initial Quality Study said that Kia owners report just 72 problems per 100 vehicles (PP100) during the first 90 days of ownership, a step ahead of luxury carmakers Genesis at 77 PP100 and Porsche’s 78 PP100, with vehicle quality on 33 brands included improving a “significant” eight percent from last year.

Kia, a unit of Hyundai Motor Co., scored the most model-level awards with five.

“For consumers, the great news is that significant improvements are occurring in all model segments, meaning that you don’t have to spend a lot of money to get a quality vehicle,” said Dave Sargent of JDP.

But Kia wasn’t the only manufacturer racking up impressive results as General Motors (including GMC) and BMW (including MINI) scored four category winners a piece. A total of 14 brands scored better than the industry average of 97 PP100, the study showed. In all, JDP named 62 models in 23 categories, including highest ranked and up to four other top contenders, including ties.

The study was based on survey responses from nearly 80,000 owners and lessees of 2017 models.

And the winners are …

Following are all JDP categories, highest ranked models (boldfaced) and other contenders:

“Manufacturers are responding to feedback and producing vehicles of the highest quality,” said Sargent. “Today’s vehicles have more things that could go wrong but few things that actually do go wrong.”

Complete results of the JDP study, as well as historical ratings, are available online. 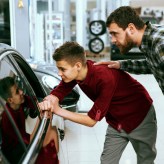 If you’re out shopping for a vehicle this Labor Day weekend – and many Americans will be – here’s something to think about: You may find that some new and used models are in tight supply and pricing is less… 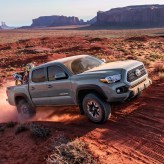 They are the model citizens of the automotive world. When it comes to customer loyalty, these 24 models and six brands – mainstream and luxury – apparently have the IT factor, based on sales of 2018 vehicles. From the “traditional”…

Your ideal vehicle is, of course, the one that best fits your budget and your lifestyle. Sometimes that’s not easy to figure out. But that’s where AutoPacific’s Ideal Vehicle Awards could help. Earlier this year, the automotive research and consulting…