Drivers haven’t forgotten, but they may be willing to forgive.

A year after a flurry of high-profile incidents involving self-driving, or autonomous, cars, 71 percent of Americans still are afraid to ride in fully self-driving vehicles, according to a survey by AAA.

That result is down only two percentage points from last year’s survey, when 73 percent of respondents expressed concern, but still up significantly from the 63 percent negative sentiment in 2017. The AAA survey showed that Americans are more receptive to automated vehicles in a more limited transportation role and are willing to take “baby steps” toward wider usage. 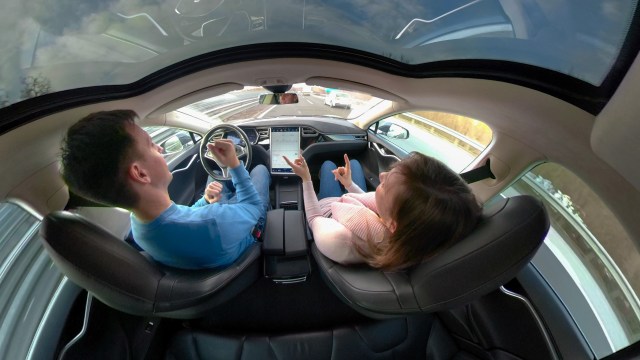 “Automated vehicle technology is evolving on a very public stage and, as a result, it is affecting how consumers feel about it,” said Greg Brannon, AAA’s director of automotive engineering. But “having the opportunity to interact with partially or fully automated vehicle technology will help remove some of the mystery for consumers and open the door for greater acceptance.”

The survey revealed that “regular interaction with components like lane-keeping assistance, adaptive cruise control, automatic emergency braking and self-parking,” which are considered to be among the “building blocks” for fully self-driving vehicles, significantly improves consumer comfort.

Some automakers aren’t waiting around for public confidence to rise on its own.

Ford, General Motors and Toyota, along with the Society of Automotive Engineers (SAE), have formed the Automated Vehicle Safety Consortium to create a set of rules to govern the development and implementation of self-driving-vehicle technologies.

“The (consortium) will provide a safety framework around which autonomous technology can responsibly evolve in advance of broad standards,” said the SAE, referring to lack of a national safety standard in the United States for advanced self-driving cars that lack a steering wheel.

“Despite fears still running high, AAA’s study also shows that Americans are willing to take baby steps toward incorporating this type of technology into their lives,” said Brannon.

So why do Americans continue to fear self-driving vehicles?

Fear of the unknown?

“It’s hard to say,” said Brannon. “But it’s possible that the sustained level of fear is rooted in a heightened focus, whether good or bad, on incidents involving these types of vehicles. Also, it could simply be due to a fear of the unknown … Research has found that the more exposure drivers have to similar types of technology, the comfort level improves.”

If you think of automation on a scale of 0-5, according to Brannon, the level of automation available on today’s vehicles only reaches level 2, well short of full automation.

That means there still is time for drivers to adapt to the new technology.