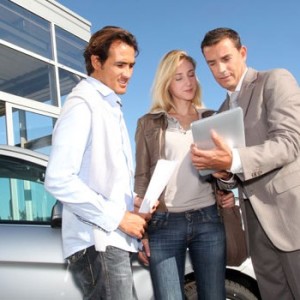 “Longer loan terms, coupled with the current low-interest-rate environment, increases the affordability of new vehicles for consumers,” said Thomas King of the Power Information Network (PIN), which gathered the data. “This is resulting in strong demand for new vehicles and record transaction prices.”

“While 72-month loans are becoming increasingly popular, loans for 24 to 60 months are keeping the average term for new-vehicle loans at 66 months, an increase of only three months since 2009,” reported J.D. Power in a press release about the new PIN data.

With typical contract lengths of just 36 months, leasing ensures a healthy supply of future vehicle buyers with shorter purchase cycles, according to King.

“Unlike buyers who finance their vehicle and have considerable discretion regarding when to return to market, consumers who lease their vehicle must come back into the market when their lease terminates,” said King. “The current level of leasing means there will be a steady and significant stream of lessees returning to market three years from now.”

The auto industry also was on track to achieve its highest-ever average transaction price for February, J.D. Power said, exceeding $29,000 and surpassing the previous record in February 2013 by nearly $400.

J.D. Power reported that while loans of 84 and 96 months also are available to consumers, “such loans have yet to compose any meaningful portion of the auto financing market,” with loans of 84 months and longer comprising only 3 percent of all new-vehicle sales in February.

Knowledge is power. And it might be worth money when you negotiate the purchase of your next vehicle. Which means that knowing what to negotiate could be your surest road to a satisfying outcome on your vehicle purchase and financing….

I like to read mystery novels, usually involving “Who done it?” To solve that question, most of the time you need to follow the money. The same can be said about your own personal spending plan. (Notice I didn’t use…

Margaret Jones is on a mission. Recently retiring after 35 years as an elementary schoolteacher, Margaret looks forward to seeing her grandkids more often. Unfortunately, they live three hours away by car. Because she anticipates the distance will put a…