How scary is this?

Most drivers sharing the road with you are using their smartphones, with many engaged in texting, emailing, posting to social media or taking selfies.

In a survey of 2,067 drivers entitled Smartphone Use Behind the Wheel, phone service provider AT&T found that more than 60 percent are glancing at text messages or are actively engaged in texting. Another third are either responding to emails or sending them while driving. More than a quarter (28 percent) of those surveyed admits to searching for Internet content while driving.

About one in five drivers is making, watching or glancing at a video, while 17 percent are taking selfies.

“Responsible drivers surely wait until they’ve stopped before checking their messages or firing up Skype, but as we know from the drivers we see every day, staring at screens as they hurtle through busy traffic, most drivers are not responsible drivers,” wrote Charlie Sorrel online at FastCompany Co.Exist.

“Distracted driving is now the norm, and it doesn’t look like that’s going to improve any time soon,” suggested a headline on Sorrel’s report, which doesn’t even dig into other scary data.

“Habit, the perception they can safely do both things at once and the fear of missing something important are the reasons most commonly given for engaging in smartphone activities while driving,” according to AT&T. “The belief that both things can safely be done at once is the primary reason behind video chatting, responding to/sending texts, taking photos and taking/watching videos.”

“We treat our cars like an extra room in our home, only one that takes us places,” wrote Sorrel. “We treat them more like trains or airplanes. The driving part is almost ancillary to the whole endeavor.” 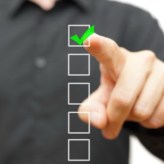