How will I know when to buy a new car?

That’s a question many Americans ask themselves every year.

For almost 170 million the last three years, the answer was “yes,” whether that meant new or used.

Almost 33 million vehicles – 17.2 million new, 15.5 million used – were from franchise dealerships, with another 25 million from non-franchise sellers, including individuals. 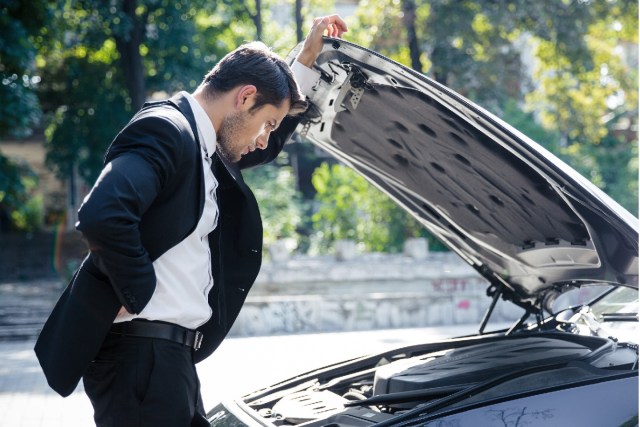 How they decided whether to purchase another vehicle could help you answer the question for yourself.

“Some people will hold onto their car forever,” writes Jack Sackman in 8 signs it’s time to buy a new car. “And those people should be applauded. Studies show that the longer people drive their car without payments, the further ahead they are financially. … However, eventually even the sturdiest vehicles wear out and it becomes impractical to keep them running.”

“At some point,” Sackman writes, “common sense needs to kick in and motorists need to accept that it is time for them to purchase another car.”

Why you should purchase a used vehicle instead of new

Why you should purchase a new vehicle instead of used

Two things on which auto and financial experts seem to agree generally is that it may be time to buy another vehicle when the cost of maintaining, repairing, insuring and/or operating your vehicle becomes more than it’s worth or when safety becomes an issue.

For example, the total maintenance on a vehicle driven 175,000 to 200,000 miles – about average for vehicles on U.S. roads – is around $5,000 a year, based on data from PopularMechanics.com, but you probably wouldn’t spend $5,000 on repairs to a vehicle worth less than that.

And you certainly wouldn’t if repair costs climbed to $5,000 a year, about $3,600 a year more than the typical low-mileage vehicle – about equivalent to 12 months of $300 car payments.

That’s enough to purchase a $15,500 new or used vehicle financed at 7 percent interest over 60 months.

“If your mechanic is spending more time with your car than you do, and your repair bills are close to new-car payments, it’s probably time to trade up,” according to Consumer Reports online in Tips for deciding if you need a new car.

(Of course, this math changes if you’re doing much of the repair work yourself.)

The march of technology

You also would have to think about all the technology advances that have occurred since you purchased your car if it’s anything like the U.S. average of 11.6 years old.

“Your current ride probably doesn’t have the latest safety and convenience features, and your warranty has probably expired,” said Consumer Reports. “And no matter how well your car is treating you, even the most reliable models grow more troublesome as they age.”

CR suggests that you should buy a new or relatively recent car now if your current model doesn’t have at least a backup camera, curtain airbags, electronic stability control and forward-collision warning.

“The only older cars worth keeping are the ones that are reliable and safe,” said Consumer Reports.

This does not mean that falling in love with a vehicle is not a reason for getting a newer model. Just that it probably shouldn’t be the first or most important reason – an impulse buy – for most people.

Think about whether to get a newer car before shopping, based on financial and safety reasons. Then think about what kind of vehicle fits your lifestyle and your tastes.

“It’s all too easy to go for the quick fix and trot down to a dealership with checkbook in hand,” said CR. “That might cure your automotive longing – at least until the payments start.”

That’s when the rubber truly meets the road – for more than 50 million people a year.

safety reasons. Then think about what kind of vehicle fits your lifestyle and your tastes.

“It’s all too easy to go for the quick fix and trot down to a dealership with checkbook in hand,” said CR. “That might cure your automotive longing – at least until the payments start.”

That’s when the rubber truly meets the road – for more than 50 million people a year.