How much car can you afford to buy?

Financial experts will say you can afford as much as suggested by the 20/4/10 rule – 20 percent down, four years of financing, and no more than 10 percent of your gross income.

But that’s not how many – maybe most – car shoppers do the math.

Instead, many do the math backwards, starting with the price of the vehicle, and then taking on whatever length, or term, of financing that they must to make their desired payment. It’s more a matter of how much car they want than how much they can afford on the household budget. 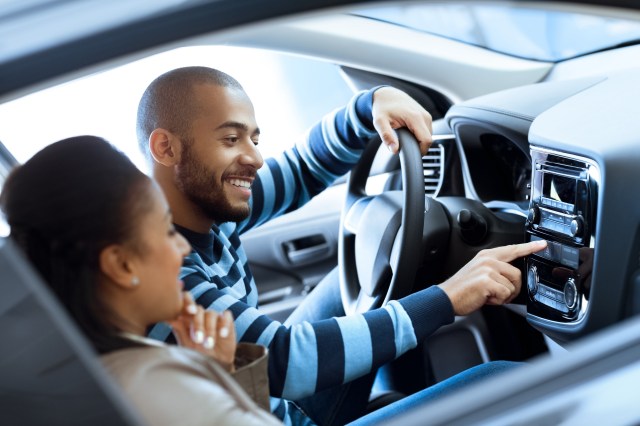 Here is what’s wrong with that:

While it is possible to purchase a new car for less than $26,000 those vehicles may not fit the shopper’s needs and lifestyle where a two- to five-year-old used car at that same price might.

Still, some buyers pay more for their vehicles than they should, based on the 20/4/10 rule.

Many choose to extend the loan terms so they still can get the vehicle they want (again, not the one they can afford given their finances), stretching it beyond the 48-month guideline. In fact, the typical new-car finance contract now is 69.5 months, with more than 40 percent 72 months or more, according to Edmunds.com and the Consumer Financial Protection Bureau, respectively.

Here’s how the “affordability” of a vehicle increases from $26,290 as the financing term lengthens:

But there are several alternatives for this buyer to get a desirable vehicle within budget:

Of course, all of these results change with a different income, down payment, credit score, interest rate, amount borrowed, financing term and what percent of gross income is used. But you get the point: It is possible to stay within reasonable financial guidelines and still get the vehicle that fits your needs. But you’ve got to know how much car you really can afford.

Tax refunds will begin arriving soon. And that means many Americans may be looking for a new or used vehicle on which to spend the money they get back from Uncle Sam. Of course, you should not spend refund money…

Smart auto finance and car shopping usually starts with information. So it should come as no surprise that visitors to an auto lender’s blog are interested in topics such as Used Vehicles, Auto Finance, Car Shopping, and New Vehicles. Among…

Outstanding auto loans ($859.6 billion) and the total number of existing loans (62.3 million) in December were the highest in more than five years, according to the latest Equifax National Consumer Credit Trends Report. That means automobile lending “continues to…