We helped Carry The Load.

Associates of Santander Consumer USA participated in the Memorial March on Sunday and Monday at Reverchon Park and the Katy Trail in Dallas to recapture the traditional meaning of Memorial Day.

The march was held to “remember, honor and celebrate American military, law enforcement, firefighters and rescue personnel who dedicate their lives to keeping our country and homes safe,” a purpose summarized by Jason Kulas, Santander CEO, who attended the annual event.

The Dallas Memorial March, which provided several thousand participants the opportunity to walk more than 20 hours Sunday afternoon into Monday morning, was the culmination of relay marches that began earlier this month at West Point, NY, and Seattle, WA.

“Veteran recognition is part of a broad initiative at SC that included a month-long celebration leading up to the walk,” according to Kulas. “Throughout the month of May we highlighted the stories of some of our own veterans who shared what Memorial Day means to them. … This was our first year to participate in the Carry The Load Memorial March, but it will not be our last. We are proud to join an organization committed to honoring those who defend this country and extend our freedom.”

The Dallas Memorial March included Santander Consumer USA associates and former service members, some in special T-shirts, others in their military uniforms.

“Everyone has the chance to participate as they wish, with some even carrying a load during the walk as a symbol of carrying others – which is, to me, the most compelling aspect of Carry The Load,” Kulas said. “While we did not all carry a backpack filled with nameplates or dog tags of those fallen, we were honored to be walking with others in memory of our fallen heroes.”

“Every year y’all just blow me away every time,” said Clint Bruce, a former Navy SEAL who co-founded the event to remind Americans what Memorial Day is all about. “This is so much bigger than any one of us now. This is about you. … This is about doing Memorial Day right.”

“Some of my friends are among those who are fallen,” said one man, a West Point graduate at the closing ceremony quoted by WBAP news radio in Dallas.

“I just think it’s important to remember that where we’re at is because of what they did for us.”

Earlier, C. Jason Harmon, SC associate and former soldier who attended the Memorial march wrote: “Here is one of my favorite quotes … ‘Our flag does not fly because the wind moves it. It flies from the last breath of each soldier who died protecting it.’ And because of them we celebrate Memorial Day.”

And Carry The Load. 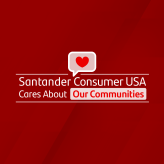 Think of it as a first installment on Coronavirus relief. Santander Consumer USA Foundation has begun responding to the Coronavirus (COVID-19) crisis with $200,000 in donations to a select group of organizations addressing community issues. And there is more funding… 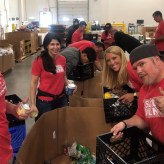 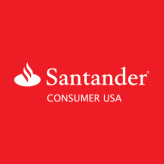