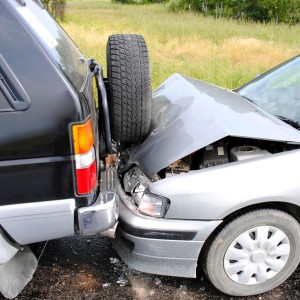 It’s an unmistakable sound that no driver wants to hear: the squealing of brakes quickly followed by the loud thunk of two bumpers meeting each other at speed.

More than 40 percent of the six million car accidents that occur every year are rear-end collisions – fender benders – the most prevalent type of vehicle accident a driver can experience. And the rise of handheld, distracting technology has only increased the probability of such an accident occurring.

Fortunately, car manufacturers are working to lower the number of rear-end collisions with front crash-prevention systems.

Front-crash prevention systems use cameras, usually mounted slightly above the rear-view mirror, to monitor traffic and obstacles in front of the vehicle in motion. When the cameras sense trouble, the system alerts the driver of the impending danger and also works to slow the car down or even bring the vehicle to a complete halt, as this recent video by Hyundai illustrates (front-crash prevention system shown fully at the 2-minute mark).

According to thecarconnection.com and the Insurance Institute for Highway Safety (IIHS), more than 40 percent of 2014 vehicle models now offer a front crash prevention system, and 20 percent offer automatic braking capabilities.

The IIHS, which began testing crash-prevention systems across the board in 2013, recently released 2014 results. All models were tested at both 12 and 25 mph.

Superior – Vehicles in this category can avoid a crash entirely or substantially reduce speed:

Advanced – Vehicles in this category can brake autonomously and could either completely avoid a crash or significantly reduce speeds in at least one of the two tests:

Basic – Vehicles in this category had forward collision systems that met the federal requirements but failed to reduce speed significantly in either test situation:

“We know that this technology is helping drivers avoid crashes,” IIHS executive vice president David Zuby said. “The advantage of autobrake is that even in cases where a crash can’t be avoided entirely, the system will reduce speed. Reducing the speed reduces the amount of damage that occurs to both the striking and struck cars and reduces injuries to people in those cars.”

The future of mass transit in the U.S. may be the automobile. A new survey by Cars.com suggests many commuters are falling in love again with driving their cars to and from work because of the benefits revealed by COVID-19….

Go ahead and mouth off to family, friends and co-workers about how much – or little – you like your car. Because, a new survey by Autolist.com suggests, there’s a good chance they’re listening to you instead of relying on…

What’s the deal? You may be asking that question if you’re shopping for a pre-owned vehicle. Despite the abundance of incentives available on new-car purchases, they aren’t as apparent for used. Your eyes and ears are not deceiving you. Used-car…