SUVs and crossovers are on a roll.

Consumers have been buying a lot more of them than traditional cars.

“With SUVs accounting for 48 percent of U.S. sales last year … fortunately, consumers have an abundance of choice, and in fact, in 2019, there are notable SUVs that deliver on all fronts,” ASG reported in its study of 1,640 current-model-year vehicles, including 877 crossovers, SUVs and minivans.

Best-performing cars, brands for ‘green’ shopper on a budget

Three of four automotive brands recognized by ASG – Mitsubishi, Toyota and Tesla – all are represented among the “best” crossovers, SUVs and minivans of this year.

“Mitsubishi Motors once again ranks highest among all industry brands … further evidence of the brand’s core strengths that continue to resonate with new-car buyers,” said ASG’s best-brands report, covered in our last post. Toyota’s diverse product line “impresses with its longstanding hybrid technology, and its renewed push into the car electrification zone.”

But it is the Kia Niro that took home more awards, four, than any other crossover.

Other multiple crossover winners were the Nissan Kicks and Toyota RAV4, with three awards each, and the Mazda CX-3 with awards in two categories.

Among SUVs, the Nissan Rogue and Rogue Hybrid combined for four awards, while the Mitsubishi Outlander and PHEV captured three, and Tesla Model X and Kia Sorento, two each.

Besides taking account of typical performance factors, ASG said it sought to identify costs that have “a measurable impact not only on the consumer’s best financial interest, but on the best interest of the environment in which we live and the global community of which we are all an equal part.”

Vehicles included in the ASG study were current-year models or variants in full production and widely available to North American consumers this year. 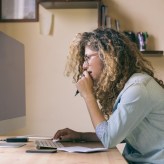 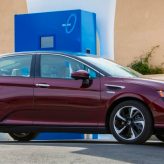 An event at the Los Angeles Auto Show was all about bringing Clarity to the 2018 Green Car of the Year competition. Specifically, the Honda Clarity, which rose above four other finalists for the win. Green Car Journal, which awards…