Nearly a century ago, someone had a bright idea.

It took almost 40 years to get construction funding, and another 40 to get most of it done, but the Interstate Highway System is one of the manmade wonders of the world.

To mark the 60th anniversary of the system, we’ve put together some fun facts – in a colorful information graphic – with which you can amaze friends and family. Or just think about the next time you’re driving the miles and miles of Interstate highway from one city to another.

Going places: How the Interstate has paved the way for American drivers

Want to know how much the system cost to build, how many miles it stretches, how much traffic it carries, what the longest (and shortest) routes are?

We went looking for the answers that would satisfy our need to know.

How bright is that idea? 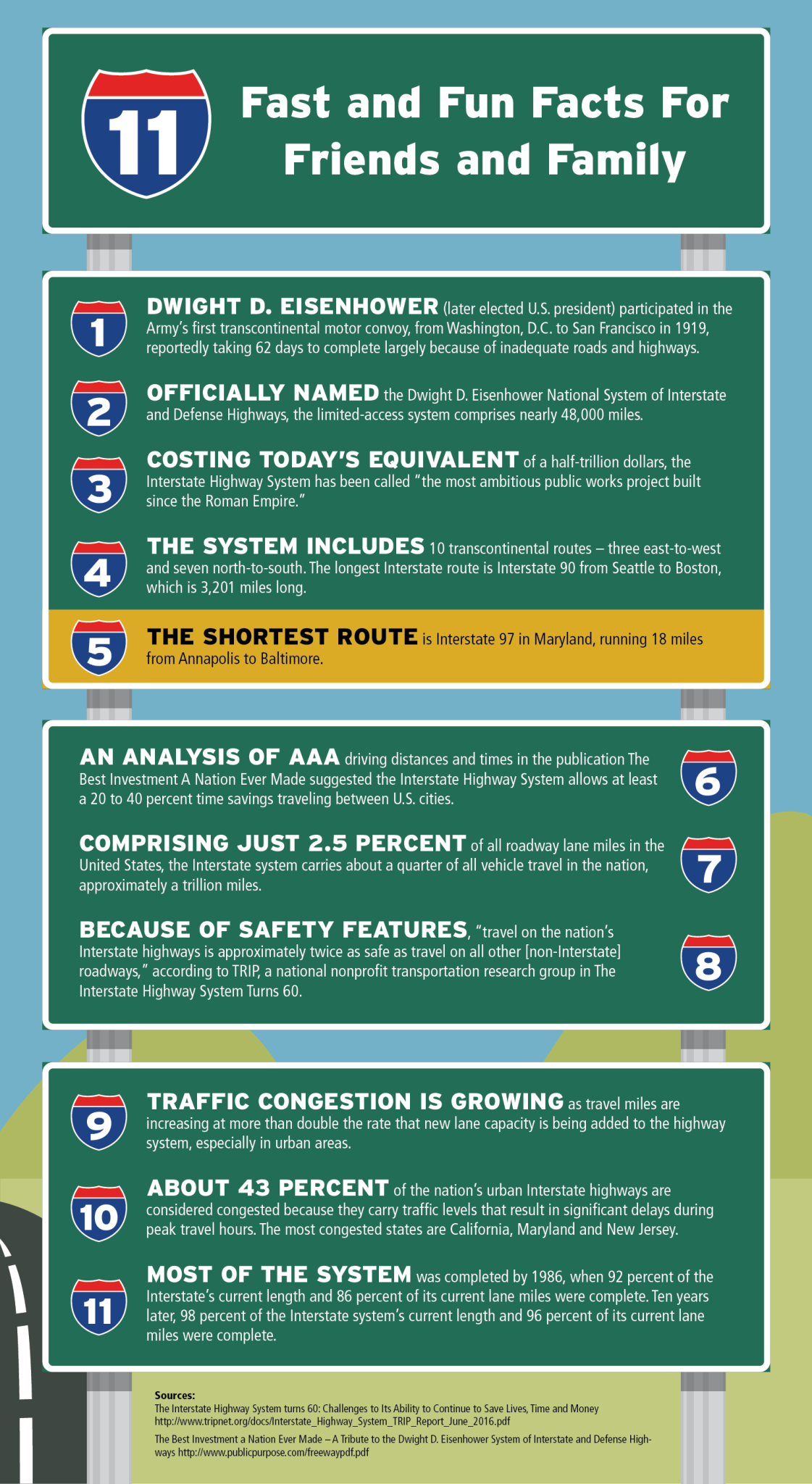 It was like sitting in the cockpit of a UFO. That was the reaction one car shopper had recently after sitting in a popular 2015 model car at night. When all the interior gadgetry lit up in red pinpoints, from…

There was a time when car makers could see nothing but growth for the industry, especially as auto sales mushroomed in the developing world. But the end may be in sight for industry growth, according to a report by IHS…