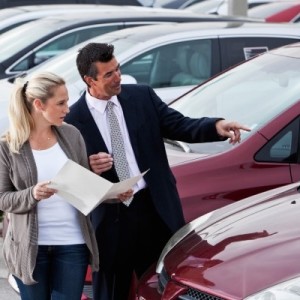 Trustworthiness of a dealership or salesperson still is important to women when shopping for or buying a new vehicle, but it’s not the most important factor any more.

Now that would be respect. Or, as singer Aretha Franklin put it, “R-E-S-P-E-C-T.”

“Respect is now the No. 1 prerequisite to trust in the formula to selling to women,” wrote Anne Fleming, president and car buying advocate at Women-Drivers.com. An analysis of the latest data compiled by the website showed 54 percent of women surveyed cited respectfulness of salespeople.

Results were compiled “from thousands of reviews on Women-Drivers.com, [where] women customers are telling exactly what works for them when interacting with a sales agent,” Fleming wrote.

Other important factors in the website’s analysis and their percentages were:

Where did vehicle price come into play? Sixth, according to the website’s survey.

“It means that having a personal, empathetic, real, approachable, open and friendly engagement is paramount,” according to the Women-Drivers.com analysis. Only then – after passing the Emotional Quotient (EQ) test – will a woman entertain discussion of vehicle price with a salesperson.

“Women are becoming the most powerful and largest segment of car buyers, presenting a plethora of opportunities for dealerships and salespersons to capture more sales,” reported Auto Remarketing online, which cited the “2014 U.S. Women’s Car Buying Report” by Women-Drivers.com.

And that may mean being ready when a woman shopper asks to see a saleswoman instead of a man.

“I have found the EQ test to be true,” said a saleswoman about the latest website results in Auto Remarketing. “Many of my customers specifically ask for a female because they are looking for someone they can trust who will understand their needs and issues and guide them in the right direction.”

“How women are treated by their sales adviser really matters. In fact, it’s the only thing that matters, initially. Very often, without respect, nothing else gets too close to a purchase,” Fleming wrote recently.

The sales process “begins as soon as women visitors walk into a dealership,” Fleming wrote. “How the sales professional treats shoppers matters greatly, as it has a huge impact on their buying decisions. Dealerships that consistently train their sales team to greet women buyers respectfully and pleasantly have higher chances of closing sales.”

Shoppers who swallow hard and pay a premium for the clean technology and fuel efficiency of a new electric vehicle (EV) evidently need to gulp even harder when they trade-in or sell that vehicle. Some electrics are losing so much…

Used cars are the way to go for most American buyers. Nearly 40 million a year, in fact, considerably more than twice the number of new cars sold each year. “But picking out a good used car … has never…