Everyone thinking about buying a new car should know it.

The D-word, or depreciation, is a big reason for not buying new – along with higher average prices and higher insurance rates – with the largest hit on a new vehicle occurring in the first year of ownership.

We’re talking thousands of dollars here from an average around $33,560 on a new vehicle.

Why you should purchase a used vehicle instead of new

But if you can get past all that, there are plenty of good reasons to buy a new vehicle instead of used, something that more than 17 million Americans did last year. That’s less than half the number of used cars sold overall but a few million more than used vehicle sales by franchised dealers.

Some of the best reasons to buy a new car are:

Some of these reasons – reliability, safety equipment and technology – are especially true if you’re driving a vehicle anywhere near the U.S. average age of 11.6 years.

But even if your vehicle isn’t that old, it may be time to start thinking about what’s next.

For example, the 2018 Toyota Camry, the best-selling car in America over the last 15 years, has undergone an “exciting” makeover that appeals to practical and emotional reasons for buying new.

Sales hype aside, there’s little question the new Camry is a step or two ahead of, say, a 2012 model in most respects, but that also fits American new-car-buying habits.

“In general … people don’t really keep their cars forever,” according to Autotrader online shopping site, referring to research by R.L. Polk. “The average length of time drivers keep a new vehicle is around six years. So even if you plan to own a car forever, the statistics are against you. You might get in an accident, you might start to have expensive issues or you might simply decide it’s time to upgrade.”

If you want to get a fresh start – that is, not have to worry about how the vehicle you purchased was used and maintained by a previous owner – and expect to keep your next vehicle for a long time, buying new may be the best option for squeezing the most value out of it.

In which case, the D-word may not be the last word you consider on the subject. 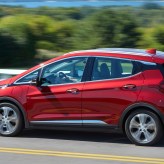 The world of electric cars (EVs) turns fast. And despite sluggish sales – except for Tesla (see below) – carmakers appear committed to electrifying their model lineups to reflect government environmental mandates. But, of course, that could change in an… 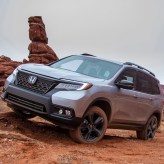