Let’s state this right up front.

Most vehicle owners probably would agree that paying for insurance is a pain in the … pocketbook. Certainly the one in eight drivers who don’t have insurance would.

So, you might wonder, why should I get my car insured? 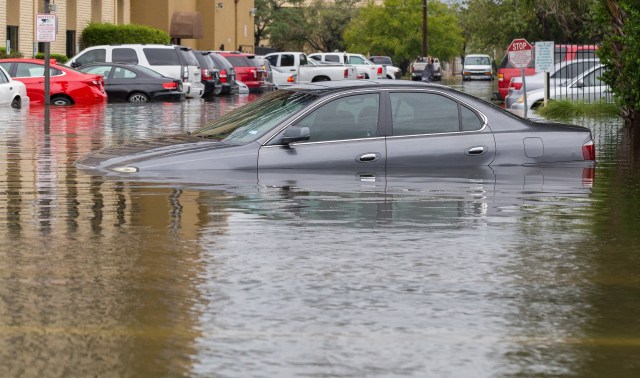 Of course, it’s because that would be less of a financial pain than you could suffer if you are in an accident or lost the use of your vehicle for some other reason.

Not to mention that a minimum amount of vehicle insurance coverage is required in most states.

As the recent hurricanes and related flooding reminded us, disaster can strike somewhat randomly, leaving behind wreckage of cars, houses, lives, physical and financial. And if you don’t have vehicle insurance, you could be left paying for one that has become inoperable – unless you skip out on loan payments, which would put a major dent in your credit for other purchases.

These are the top-rated auto insurance companies by region – J.D. Power

The Learning Center: What to do if you are in an accident

The wreckage left behind by Hurricane Florence offers a good illustration.

If total losses are anything like the estimated 20,000 to 40,000 vehicles, as many as 5,000 were uninsured based on the national average 13 percent estimated by the Insurance Research Council, a nonprofit research organization supported by insurance companies.

Using the $20,000 average price of a used vehicle, the cost is around $100 million to uninsured drivers.

And that’s before counting the number of vehicles wrecked by Michael in Florida, for example, where the uninsured rate is about double the national average, based on IRC data.

That’s millions of dollars in losses that uninsured car owners would have prevented by getting insurance.

He easily could have added that auto insurance gets people back in their cars.

So, if you’re ever wondering why you should insure your car, think about what can happen if you don’t.