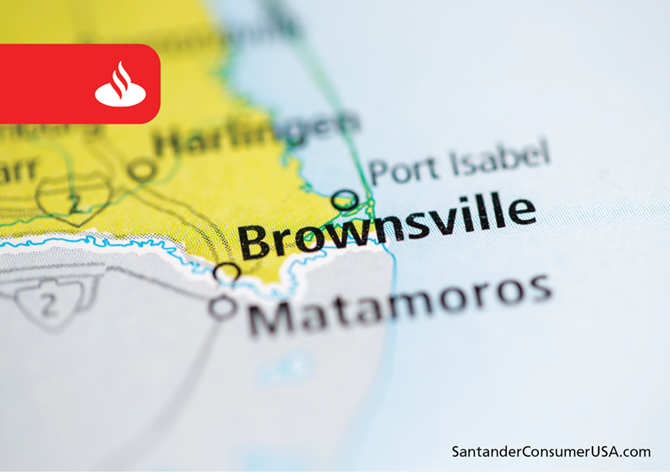 Then turn right onto I-69E and U.S. Highway 77 on the outskirts of Corpus Christi, and head south toward Kingsville, Harlingen and the tip of Texas.

When you’ve gone as far south as you can go and still be in the United States, you’re in Brownsville, home of the best drivers in America, according to Allstate insurance company. Adjusting for population density, the South Texas city, one of the fastest growing in the country, still comes in at No. 2.

As long as you’re in South Texas, you might as well visit McAllen and Laredo, northwest along the Rio Grande, which also are in the top dozen identified by America’s Best Drivers Report for 2016.

One of the big surprises on the list: New York City ranked 4th after taking population into account.

The report ranks the 200 largest U.S. cities based on property damage claims of Allstate-insured drivers from 2013-14 making it “a realistic snapshot of what’s happening on American roadways.”

The rest of the best

Of course, that’s only half the story …

At the bottom of the list at No. 200, according to the insurer, are drivers in Boston, MA, which also ranked last in 2015. Bostonians made it an average of only 3.7 years between collisions, the report said, just a quarter as long as the average of 14.6 years for Brownsville drivers.

In all, the bottom 10 comprised three cities in each Massachusetts and California, and four other cities, including the nation’s capital of Washington, D.C. (No. 197).

The bottom seven cities were ranked in the same positions after accounting for population, with Los Angeles and Philadelphia just slightly better and only San Francisco breaking the mold at 150. Columbia, SC, (193) and Atlanta, GA, (191) joined the bottom 10 after taking population into account.

All things considered, you may be better off taking that road trip to Brownsville.

Road trips are as much a part of holiday activities for millions of Americans as turkey and presents – and in some places, making snowmen and sledding. But preparing for a holiday-season road trip can make a big difference in…

Duluth, Minnesota. Chances are pretty good that you weren’t planning to drive there for your summer vacation – but maybe you should consider it. Duluth was perhaps the most surprising locale that popped up on our survey among more than…