Finding a dependable used vehicle isn’t as difficult as tracking down a unicorn or Bigfoot or a chupacabra.

Especially if dependable used cars are something you look for only once every few years.

The dependable used cars that led the 20 categories ranged from the compact sporty MINI Cooper Hardtop to the large heavy-duty Chevrolet Silverado 3500HD pickup and from the Chrysler Town & Country minivan to the Kia Soul compact multi-purpose vehicle.

The ratings of the 20 most-dependable used cars, which were based on responses from more than 33,000 verified owners, focused on the type and number of problems owners experienced during the preceding 12 months, according to JDP, a consumer data and analytics company.

Here are the winners on a list led by Chevrolet in three vehicle segments and Toyota, Lexus, Buick and BMW in two each with awards spread among 14 brands:

A total of 52 vehicles were named by JDP among the top models in the 20 segments.

The research company scores the top models in each category in addition to the award winner based on mechanical systems, exterior and interior, features and controls, and overall.

For example, although the Chevrolet Sonic was named the award winner, with 35 of a possible 40 points in the small car category, the Hyundai Accent and Nissan Versa also scored 35 points. In the compact SUV category won by the Chevrolet Equinox with a perfect 40, The GMC Terrain finished second with 37.

And so on for the other 18 categories of dependable used vehicles.

But JDP research doesn’t end there for used-car shoppers.

Those looking for older vehicle models can scan easily accessible JDP ratings lists as far back as 2003 (models from 2000) that include not just the segment winners but complete rankings. That’s nearly 20 years’ worth of used vehicles that have gotten past a large portion of their depreciation.

Shoppers will have to look a little harder for older vehicles, but JDP has done the study for 30 years. If that doesn’t cover your used-car search, well, perhaps you are seeking a unicorn. 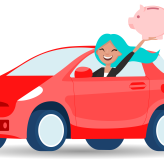 Smart auto finance and car shopping usually starts with information. So it should come as no surprise that visitors to an auto lender’s blog are interested in topics such as Used Vehicles, Auto Finance, Car Shopping, and New Vehicles. Among… 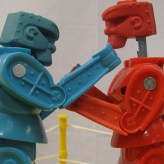 New car. Used car. How do you decide which to purchase when you’re ready to replace your current vehicle? Good question. And while it may seem easy to answer – obviously, a new car is better, right? – the correct… 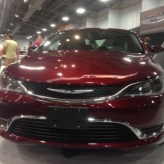 It’s easy to be dazzled by all the choices if you’re shopping for a new car with more than 300 models available for 2015. But Kelley Blue Book has your back with its new Best Buy Awards finalists list “identifying…