How angry are American drivers? AAA has the answer 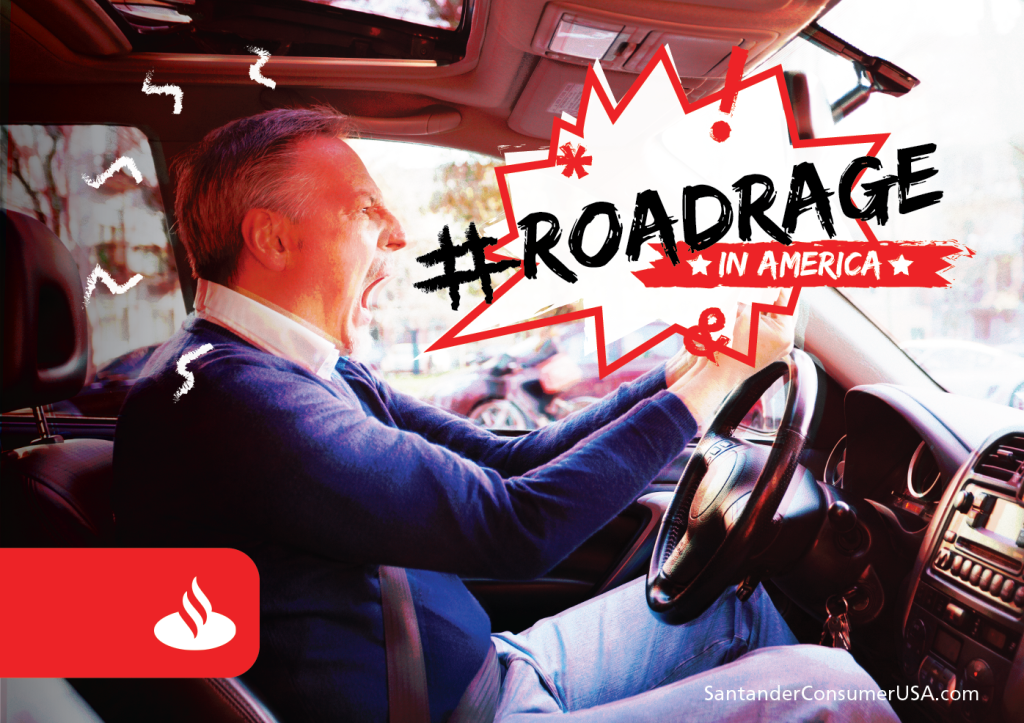 They allow us to go places and do things that would be much more difficult without them. And don’t get us started on how exciting it is to get behind the wheel of a new vehicle.

But excitement sometimes has a darker side.

Road rage apparently is a more troubling issue than many of us might have imagined, based on a recent survey of 2,705 drivers by the AAA Foundation for Traffic Safety.

Among other results, the organization’s survey showed that “nearly two in three drivers believe that aggressive driving is a bigger problem today than three years ago, while nine out of 10 believe aggressive drivers are a serious threat to their personal safety.”

Depth of the problem

But that eight million is just the tip of the iceberg, survey findings suggest.

Angry and aggressive behaviors during the year preceding the survey included the following, along with the percentage and number of drivers who admitted to them:

Heat of the moment

“Inconsiderate driving, bad traffic and the daily stresses of life can transform minor frustrations into dangerous road rage,” said Jurek Grabowski, foundation director. “Far too many drivers are losing themselves in the heat of the moment and lashing out in ways that could turn deadly.”

“It’s completely normal for drivers to experience anger behind the wheel, but we must not let our emotions lead to destructive choices,” said Jake Nelson, director of traffic safety advocacy and research.

“Don’t risk escalating a frustrating situation, because you never know what the other driver might do. Maintain a cool head, and focus on reaching your destination safely.”

And AAA wasn’t the only organization that found evidence of a road rage epidemic.

The Auto Insurance Center recently analyzed more than 65,500 Instagram social media posts hashtagged #RoadRage and reported on where and when it’s most prevalent.

We’ll take a look at those and other findings next in #RoadRage in America.

What social media reveals about when, where and why of driver anger 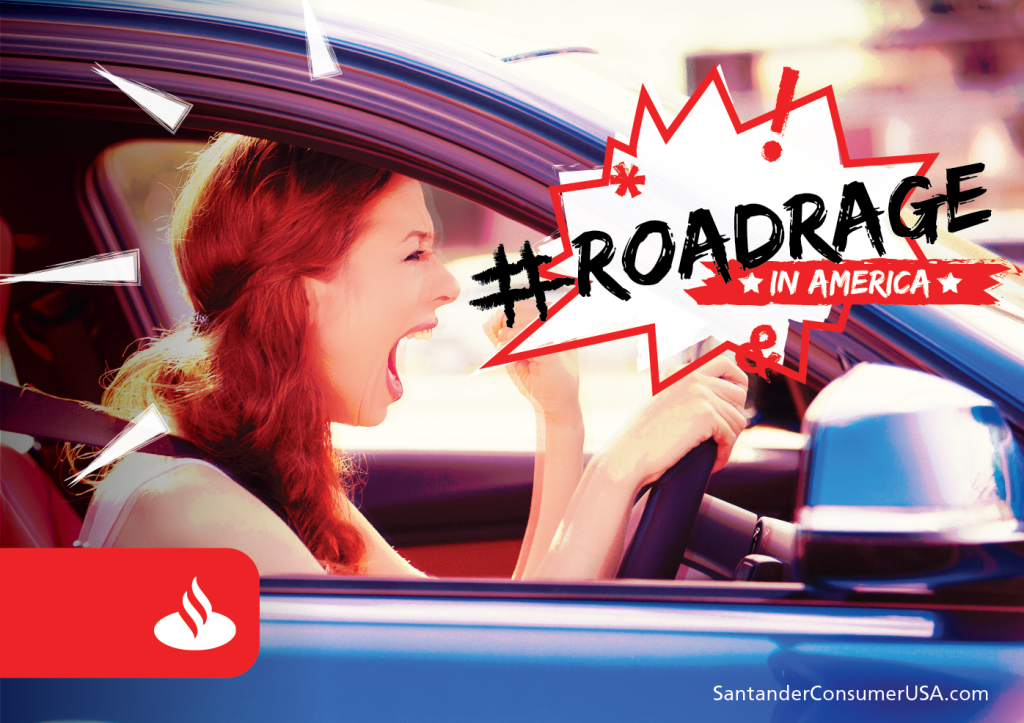 And there may be times, days and months when you’re especially likely to encounter it, according to a survey of Instagram social media posts using the hashtag #roadrage.

Many current #roadrage posts on Instagram have nothing to do with aggressive behavior and the insurance center conceded that “we did not screen the content of the 65,000-plus posts we included in our analysis due to the sheer volume of inclusions.”

But if the number of posts actually linked to #roadrage behavior are anywhere close to proportional with the insurance center’s survey, the results provide some useful insight.

When to keep calm

“Mapping geotagged #RoadRage posts reveals the states whose residents are most prone to becoming enraged while they drive,” said the insurance center.

The most enraged state? Hawaii, by far, although Honolulu ranked only 22nd among cities. Apparently, in the Aloha state, the locals aren’t enamored of out-of-state drivers trying to navigate unfamiliar roads. Hawaii is followed by California, New York, New Jersey and Nevada.

Among U.S. cities, few will be surprised that Los Angeles and New York City ranked as the most enraged. Other large cities – Chicago, San Diego, San Francisco, Houston, Austin and Atlanta are in the top 10, but anger also can be found in small cities, such as Mount Pleasant, NC, which ranked No. 3.

Our own unscientific survey of Twitter, which seemed to involve a higher proportion of actual #roadrage tweets than posts on Instagram, yielded the following observations:

“The rise of social media has given motorists new ways to vent their driving-related frustrations – a much better option than expressing anger while behind the wheel,” said the insurance center.

“However, true road rage – characterized by violence, injury and even death – is a sobering issue about which true offenders are not likely to post on social media.”

A comment by one Instagrammer simply suggested showing more kindness to avoid falling victim or succumbing to #roadrage: “It’s hot and tempers can get a lot hotter. Don’t make it worse by driving aggressively. Slow down and be kind to your fellow motorists …”

Next, we’ll give you a chance to find out whether you’re a road rager and how to avoid getting into road rage situations.

Are you an aggressive driver? AAA quiz will get you thinking 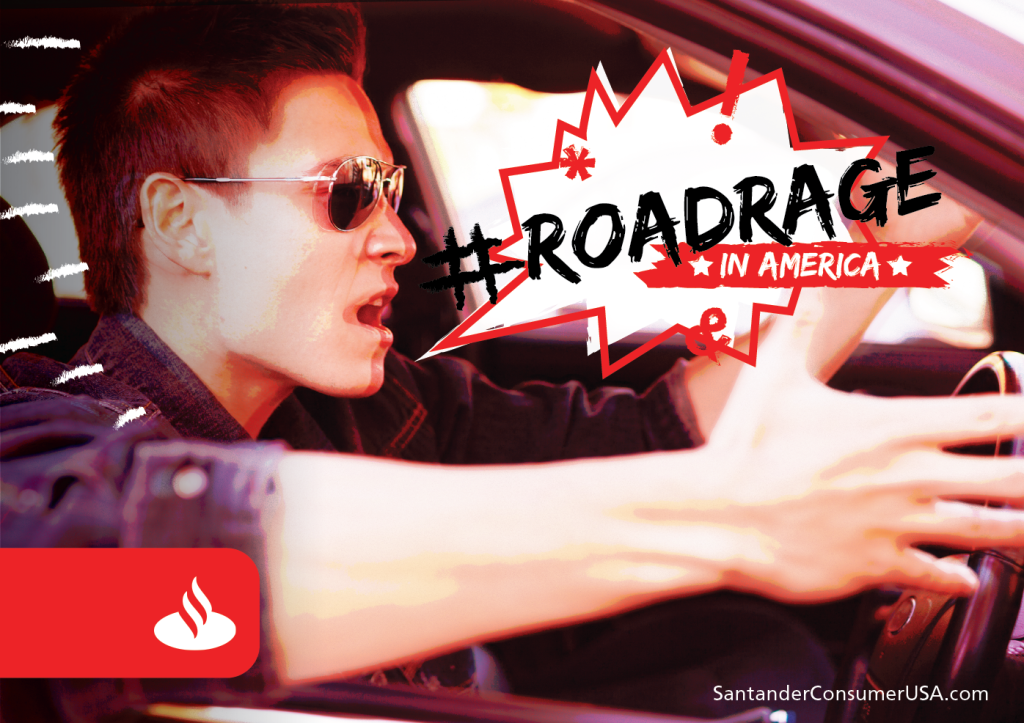 Are you a road rager?

Truth is, the answer may not be cut-and-dried, with different situations bringing out bad behavior.

But here’s one way to get a measure of your RRQ (road rage quotient): a four-section, 40-question quiz from the AAA Foundation for Traffic Safety that takes only a few minutes but is sure to make you think.

And you might as well be honest with yourself in answering the questions – the results of the quiz, which range from 10 points (best score) to 40 points (worst), aren’t reported to anyone.

You also wouldn’t be the only driver to show signs of road rage, based on a study by AAA described in the section above. The study showed that most drivers tailgate on purpose and nearly half yell at other drivers or honk their horns to show annoyance or anger.

For example, the quiz, Are you an aggressive driver, asks, do you ever get angry at other drivers? Fast drivers? Slow drivers? When cut off? Malfunctioning stoplights? Traffic jams? Tailgaters? Your passengers? Or, have spouse or friends tell you to calm down?

If you answer “Often” or “Always” to most of the questions, there’s a pretty good chance you’re a rager. If you usually answered “Never” or “Sometimes” then you probably aren’t.

Moderate or high anger? Here’s part of what AAA Foundation has to say about your behavior:

“In certain circumstances, you may feel like you lose self-esteem or status by giving in and allowing a demanding driver to get his/her way … [But] you will be much happier if you learn to enjoy the relaxation of the journey instead of letting yourself grow angry over petty road behavior.”

“Remember that if you are looking for drivers to yell at and cars to cut off, you will find them,” says AAA. “Why not just treat yourself better and be the smarter person!”

Three other sections of the quiz cover impatience, competitiveness and urge to punish other drivers. Here’s some advice the AAA foundation offers moderate- and high-risk drivers:

Impatience – “When you begin to feel your blood boil … give the other drivers the benefit of the doubt and treat them with the consideration with which you would like to be treated.”

Competitiveness – “For too many motorists, driving has become a contest. … Change your approach to driving [and] if you insist on playing a game, see how nice you can be to other drivers.”

Urge to punish – “It is rarely helpful to other drivers, yourself and least of all your passengers, for you to assume the responsibility of punishing other motorists. … Attempting to take things into your own hands is likely to inflame the situation and put you and your passengers at risk.”

Receiving a moderate or high score “means that you have aggressive tendencies on the road and might need to take measures to reduce that aggression,” says AAA.

So how did you do?

If you finished with a low score, congratulations. We need more drivers like you on our roads.

And if you didn’t do as well – or just want to learn more – read on, and we’ll describe the ways AAA recommends to avoid getting into road rage situations.

Don’t be offensive when you encounter aggressive drivers, AAA urges 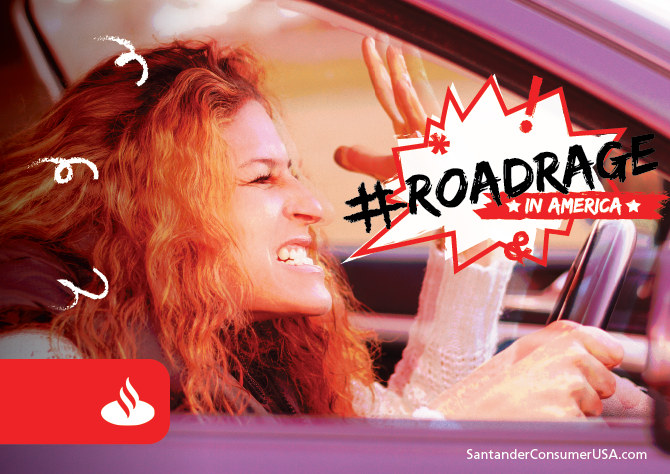 These are the three principles AAA Foundation for Traffic Safety says you should follow to help ensure you avoid being the victim of an aggressive driver – or be viewed as one.

The foundation offered the principles after finding in a recent survey that Americans believe aggressive driving is a “major concern … and a real threat to the safety of all road users” and that nine out of 10 respondents think aggressive drivers are at least “somewhat” of a threat to their personal safety.

In the survey, many drivers admitted to behaving aggressively or exhibiting road rage, “having let their anger and frustration get the best of them at least once in the past year, [and] engaging in behaviors such as yelling, honking, gesturing at, or purposefully tailgating another driver.”

The same study found that about 7.5 million drivers had gotten out of their vehicles to confront another driver and nearly six million had bumped or rammed another vehicle on purpose.

“Be a cautious and courteous driver. Signal every time you merge or change lanes, and whenever you turn. Use your horn rarely, if ever,” said AAA Foundation. “And if another driver seems eager to get in front of you, say ‘be my guest.’ When you respond this way … [it] becomes your automatic response and you won’t be offended by other drivers’ rudeness.”

The foundation recommends the following behaviors if (when) you encounter an aggressive driver:

“You can protect yourself against aggressive drivers by refusing to become angry at them. … When angry, a person can do things they may later regret,” says AAA. “Think about what kind of crash your angry actions could cause. Then cool down and continue your trip.”

“The most important actions you can take to avoid aggressive driving take place inside your head,” says AAA. “By changing your approach to driving, you can make every trip more pleasant.”

Now that you’ve finished #RoadRage in America and you’re an expert on the subject, be sure to take your knowledge on the road with you.

And be careful out there.

There’s something appealing about some recent J.D. Power findings. And it’s good news for Dodge, Ram, GMC, Ford and MINI among mainstream vehicle brands. These car brands appeal most to our emotions, comprising the top five mainstream marques in the…