Would you pay $1.4 million or more for a car you can’t drive?

Christie’s auction house, carmaker Aston Martin and EON Productions are betting that someone will bid at least that much for a DB10 produced for last year’s James Bond film, “Spectre.”

The iconic Bond car, one of just 10 produced and the only one to be sold publicly, will be auctioned Feb. 18 in London to celebrate release of the movie on Digital HD, Blu-ray and DVD. It is expected to fetch from 1 million to 1.5 million British pounds, which translates roughly to $1.44 million to $2.17 million.

(You also would have to score an invitation to attend the live auction at Christie’s in London.) 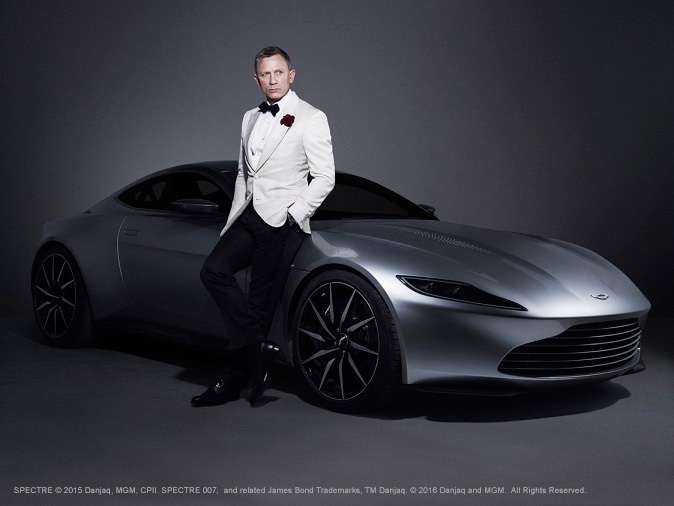 Proceeds from the auction, which comprise 24 lots of memorabilia from the film, including the laptop computer used by Q, will go to Medecins San Frontieres (Doctors Without Borders), the United Nations Mine Action Service and other charitable organizations, according to Christie’s.

Unfortunately, you wouldn’t be allowed to cruise the streets and highways in your new car.

“The car is sold as a collector’s item,” Christie’s said in a press release. “It is an original Aston Martin DB10 and was built to be capable of specific uses by trained drivers in a controlled environment … .”

“The car is not homologated, certified or approved for use on any public roads and has not undergone the testing processes used for production cars, including but not limited to occupant safety, crash testing, durability and/or emissions of aftersales maintenance regimes.”

But this particular car does include a special plaque signed by Daniel Craig, who plays Bond in the movie, and was displayed at the world premiere of “Spectre” at the Royal Albert Hall in London.

The U.S. release of the movie in the three formats was scheduled for today.

The holidays are upon us. Obviously, that means people will be shopping – for new vehicles. Well, not everyone. But the ad slogan “December to Remember” could take on a whole new meaning. More people have purchased vehicles in 2015…

Volkswagen Group of American, led by three of its Audi products, and Hyundai Motor Corp. were the big winners in Strategic Vision’s 19th annual Total Value Index study. And the Audi A7 was the highest-rated vehicle in the study, with…