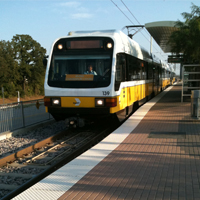 There is something to be said for carpooling with your spouse, especially if you like your spouse.

My wife and I found an opportunity to do just that, but it took some creative thinking and commuting. It’s easier on me – because now she takes the wheel for the drive home. It’s more enjoyable for both of us because we have a chance to spend time together that otherwise was dedicated to a less social commute. And she says she doesn’t mind driving regardless of the sometimes heavy, occasionally stop-and-go traffic along the way.

It started with an inconvenience. Actually, two. Both for me. (Bless her heart).

Both ends of my daily commute to a new job brought me face to face with rush hour – part over a notorious stretch of expressway (which usually isn’t express) for the first time, while my wife commuted by train between downtown and our suburban station.

The drives were nerve-wracking as anyone who ventures into city traffic at rush hour can attest. And then, after a short break from my commute, I’d be off again to pick up my wife, which added another 25 minutes round trip to the 30-45 minute drive home. My wife’s commute was about 45 minutes one way, plus the 10-to-15-minute ride after I picked her up.

Neither one of us was enjoying the rigors of the daily commuter grind until the big idea. She called it thinking outside the box; I called it contrarian thinking, which amounts to me putting my money where my mouth is. In either case, it worked as intended.

Now, at day’s end, she commutes to a station within a five-minute drive of MY office, going a different direction than her usual train, and I collect here there. Then we drive home on surface streets rather than the expressway, downloading our respective days as we travel. The result isn’t perfect, and it’s still a long commute. Sometimes longer than taking the expressway. But it is a little more relaxing, a lot less hair-raising and, overall, more efficient – and fun.

The point, I suppose, is that the more unpleasant experiences of daily life leave room for thinking creatively. And for getting off the expressways.

If you’ve ever gotten car sick, it’s a feeling you’re not likely to forget – queasy stomach, dizziness, cold sweat, maybe, or a general feeling of uneasiness or discomfort. In fact, you may be feeling a little sick just reading…

I departed from Dallas’ Love Field airport on Friday, June 14, en route to Vail, Colo. (see photo), to coach my summer lacrosse team in a tournament there. The trip was my first encounter with the magnificent Rocky Mountains. The…