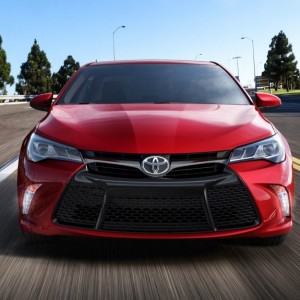 We’ve all heard how depreciation hits new vehicles as soon as their purchasers drive off a dealer’s lot. But there’s something to be said about vehicles that hold their value over time – three years in the case of the ALG Residual Value Awards.

The best at doing that are Toyota and Land Rover, according to ALG analytics division of TrueCar Inc., which cited those two manufacturers as its brand winners in the 15th annual Residual Value Awards. Toyota won for mainstream brands, while Land Rover won the luxury brand award.

“The awards recognize vehicles … that are forecast to retain the highest percentage of the Manufacturer’s Suggested Retail Price (MSRP) after a three-year period,” ALG said in a press release.

“Residual value is important for automakers and consumers, because it’s a complete indicator of the vehicle’s future value, accounting for quality, durability and brand desirability among other factors,” said Larry Dominique, president of ALG and executive vice president of TrueCar. “The award recipients demonstrate strong forecasted returns on investments for their owners.”

Automakers received their awards at the Los Angeles Auto Show this week.

The gender gap is alive and, well, kicking tires. That’s the inference drawn from the results of a recent market intelligence study involving about 40,000 U.S. adults by Kelley Blue Book, which analyzed data from its own website and additional…