The people have spoken.

What they’ve said is that Toyota and General Motors provide the best combination of product satisfaction and lower-than-expected ownership costs in nearly half the categories of the 2015 Motorist Choice Awards by IntelliChoice and AutoPacific research companies.

In all, the awards recognized 23 winners from 13 brands and 10 manufacturers.

“It’s an accomplishment in itself to bring to market a vehicle that satisfies a consumer emotionally, physically and financially,” said Dan Hall, vice president of AutoPacific. “Toyota is in the envious position of having achieved this combination across two brands, as well as the car and truck segments.”

The remaining Motorist Choice category wins went to Honda with three, Hyundai and BMW with two each, and Volvo, Subaru, Volkswagen, Mazda and Ford with one win each.

“Each year the competition rises as automakers address consumer feedback and put out vehicles designed to fix previous issues, address needs and, ultimately, satisfy consumers,” Hall said. “Winning the first year of a new model truly means that automakers have been listening.”

Details of the Motorist Choice Award results are available online at autopacific.com. 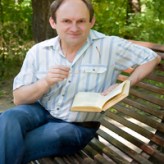 The phone call one evening was from a neighbor, call him middle-aged Ron. He was at loose ends, which was not unusual for a would-be car shopper even at his age, but he conceded that the new car market had… 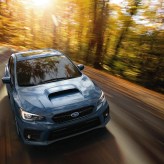 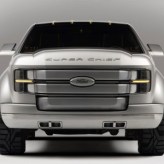 Pickup truck drivers beware. Your vehicle may be on thieves’ list of favorite targets. Research released by the Highway Data Loss Institute, based on insurance theft claims during the period 2010 to 2012. The research showed pickups were the first…