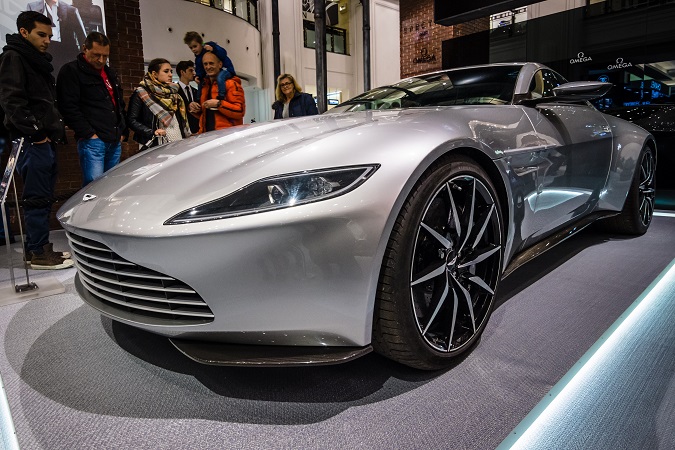 Someone REALLY must have wanted a James Bond souvenir.

An anonymous bidder has acquired one of 10 Aston Martin DB10s produced for the James Bond movie “Spectre” for about $3.5 million in a charity fundraising auction at Christie’s of London.

“It just went stratospheric in terms of prices,” said one auction-goer after the bidding was over.

“I was hoping it would do in excess of the top estimate, which was 1.5 million [British pounds],” said Hugh Edmeades, Christie’s auctioneer, who started bidding at 600,000 pounds. The final selling price was 2.4 million pounds, which converts to about $3.5 million.

The car is only one of two DB10s that survived the rigors of filming the movie – which left about $36 million in vehicles either destroyed or in poor condition – and the only one sold publicly.

“The DB10 is one of the rarest cars every created,” said Andy Palmer, Aston Martin CEO. “Only 10 will ever be made, and this is the only one that will be made available for sale.”

The two surviving cars were so-called “show cars” because they were left unmodified and used mostly for close-up camera work for the movie and for display purposes.

The auction was held to celebrate release of the movie on Digital HD, Blu-ray and DVD.

Proceeds from the auction, which comprised 24 lots of memorabilia from the film, including the laptop computer used by Q, will go to Medecins San Frontieres (Doctors Without Borders), the United Nations Mine Action Service and other charitable organizations, according to Christie’s.

Unfortunately, the new owner won’t be allowed to cruise the streets and highways in his/her new car.

“The car is sold as a collector’s item,” Christie’s said in a press release, noting that it was “built to be capable of specific uses by trained drivers in a controlled environment.”

“The car is not homologated, certified or approved for use on any public roads and has not undergone the testing processes used for production cars, including but not limited to occupant safety, crash testing, durability and/or emissions of after-sales maintenance regimes.”

But this particular car does include a special plaque signed by Daniel Craig, who plays Bond in the movie, and was displayed at the world premiere of “Spectre” at the Royal Albert Hall in London.