Toyota Land Cruisers purchased new cruise longer for their owners before they are sold than any other vehicle.

Land Cruiser owners hang on to their vehicles 11.4 years on average, while other owners sell on average 8.4 years after their new-vehicle purchases, according to a study by iSeeCars.com, an automotive research website.

That means the Land Cruiser also leads the SUV list among the new cars that original owners keep the longest, based on the iSeeCars.com study.

“The current generation of the iconic Toyota Land Cruiser dates back to 2008 and has only had a mild refresh in 2016,” said Phong Ly of iSeeCars.com. “Along with being a reliable and capable off-road SUV that lasts a long time, owners may opt to keep their older models because they don’t look dated.”

Even more dramatic was the Land Cruiser’s superiority in 17 of the top 20 largest markets in the country, with original owners keeping their vehicles as much as 13 years on average in Seattle-Tacoma, WA, before selling them.

Two other truck-based Toyota SUVs making the top 10 are the 4Runner and Sequoia.

“Toyotas are known for their reliability and longevity, so owners may choose to keep them on the road because they are still running well and don’t require expensive repairs,” said Ly in a report on the iSeeCars.com study.

Otherwise, sports cars dominate the top 10, including the Chevrolet Corvette, Mercedes-Benz SL-Class, Audi TT, Ford Mustang and Porsche 911, “because sports cars aren’t typically used as primary vehicles, [and] owners likely aren’t as concerned with having the latest and greatest technology and safety features.”

“If a vehicle is consistently kept longer than average, it suggests that it is reliable and that its owners enjoy driving it,” said Ly. “Whether you want a large hauler, a practical sedan or a flashy sports car, there is a vehicle … that will stand the test of time.” 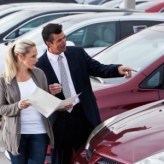 Trustworthiness of a dealership or salesperson still is important to women when shopping for or buying a new vehicle, but it’s not the most important factor any more. Now that would be respect. Or, as singer Aretha Franklin put it,… 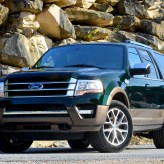 Vehicle owners are adding insult to injury for the traditional sedan. Not only are new SUVs now outselling cars, a new study suggests owners also keep them longer. Which new cars owners keep the longest and how long they keep… 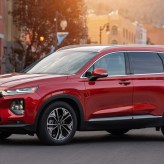 There must be more to identifying the best, most popular midsize SUVs than picking and ranking six models – even if they are rigorously tested. That’s what one website did in picking the 2019 Hyundai Santa Fe Ultimate 2.0T AWD…