But that’s what around 40 million consumers will do this year.

Many will be looking for the most-reliable cars in the sweet spot – three years old – when a large portion of depreciation already has happened for most vehicles and when the model year is recent enough to have many of the features found on newer cars.

And that brings us to J.D. Power’s 2020 U.S. Vehicle Dependability Study, which names one overall winner, 20 category winners and 56 total vehicles its most-dependable three-year-olds.

The most-dependable used car from 2017, according to the survey, is the Lexus ES, which also was the top-rated model in the compact premium car category. Its score of just 52 problems per 100 vehicles sold (PP100) is “the best ever recorded in the 31-year history of the study.”

“Despite the increased adoption of complex vehicle technology, dependability continues to improve,” said Dave Sargent at J.D. Power. “There’s no question that three-year-old vehicles today are better built and more dependable than same-age vehicles were in previous years.”

The study measures the number of problems experienced during the previous 12 months by 36,555 original owners of three-year-old vehicles – in the case of this study, 2017 model-year cars, trucks and SUVs. The study, which was conducted July through November of 2019, covered 177 specific problems in eight categories with a lower score reflecting higher quality.

Following are J.D. Power’s 20 category winners and runners-up among SUVs, trucks and cars:

* No other model in this segment performed at or above segment average.

In-vehicle audio/communications/entertainment/navigation technology was the most-improved category since last year, but still accounts for more problems than any other category in the study, according to J.D. Power. Owners continue to cite problems with voice recognition, Bluetooth connectivity and navigation systems.

“Many owners complain about these systems early in the ownership experience and, three years later, they’re still frustrated with them,” said Sargent. “We’re seeing improvement, but automakers still have a long way to go before they can declare victory in this area.” 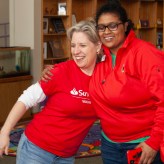 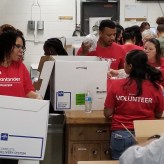 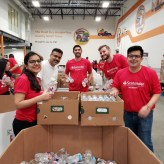