Sport utility vehicles are the long-distance runners of the automotive world.

That means the most-durable SUVs generally last longer than the longest-lasting cars or trucks, according to a new study by iSeeCars.com auto shopping website.

And the longest-lasting of all is the full-size Toyota Land Cruiser.

The Toyota Sequoia is a distant second, but nine of the top 10 vehicles that reach the 200,000-mile mark are SUVs, with only the Honda Ridgeline light-duty pickup breaking into the list at No. 10.

The Land Cruiser topped the list with 15.7 percent lasting at least 200,000, iSeeCars.com found.

“With roots dating back to 1950, the iconic and indestructible Toyota Land Cruiser is designed to last at least 25 years,” observed Phong Ly of iSeeCars.com. “It is relied upon in many developing countries where off-road driving is the norm.”

Built on truck platforms, Land Rover and Sequoia both are durable as trucks with seating for up to eight passengers, Ly said, making them “capable” family haulers able to endure high mileage.

The Land Cruiser and Sequoia also led the short list of vehicles most likely to reach 300,000 miles.

The website analyzed more than 15.8 million vehicles sold in 2019 to determine which models have the highest percentage to reach at least 200,000 miles.

Including the Land Cruiser and Sequoia, three of the top five and four of the top eight longest-lasting vehicles are made by Toyota, iSeeCars reported. Two Chevrolet SUVs and two GMC sport utilities, essentially upgraded Chevrolets, also broke into the top 10.

Here are the top-10 vehicles along with the percentage lasting at least 200,000 miles:

Following are passenger cars and minivans lasting at least 200,000 miles:

“Toyota is known for building reliable, long-lasting vehicles with below-average ownership costs, which helps explain why it is so well-represented across all vehicle types,” said Ly.

Following are trucks with more than the 1.8 percent segment average for lasting at least 200,000 miles:

“The Honda Ridgeline’s unique unibody design gives it the function of a pickup truck with the handling and efficiency of a crossover SUV, while achieving the reliability ratings characteristic of the Honda brand,” said Ly of the only pickup to make the overall top-10 list.

However, he explained that “of all vehicle types, pickup trucks are the most likely to reach 200,000 miles with a 1.8 percent average for the segment, double the average for SUVs.”

“While full-size SUVs and pickup trucks are the most likely to reach 200,000 miles, there are still options for consumers who want an enduring vehicle outside of these categories,” said Ly. That includes “practical” sedans and minivans that are proven to go the distance. 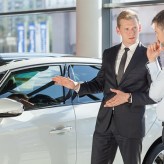 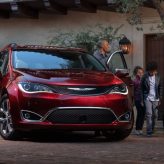 Mainstream vehicles are getting more appealing. At least that’s what J.D. Power’s 2017 Automotive Performance, Execution and Layout Study (APEAL) purports to show. The rise is due to rapid improvements in vehicle technology and safety features, making them more comparable… 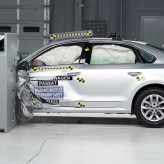 Goldilocks and the Three Bears. And now you probably are wondering what that has to do with cars. Bear with us … For some drivers, small cars are too, well, small for family, travel, work and other needs, just as…