The cost of auto insurance.

It may not be a factor when you’re purchasing a vehicle. You may not even think about the cost of auto insurance until after buying your vehicle.

But it should be one thing you take into account when you’re figuring out which used vehicle to purchase because there’s (almost) no getting around it. And there could be hundreds of dollars of difference, maybe more, in the amount of premiums you pay annually.

To take auto insurance into account, first consider you, the driver.

These are the top-rated auto insurance companies by region – J.D. Power

“It’s worth pointing out that the main variable when it comes to how much your auto insurance costs isn’t the car itself – it’s you,” wrote Nicholas Pell at The Simple Dollar, a consumer finance website.

“How safely you drive – as documented by how many claims you’ve filed (or other people have filed against you) or how many moving violations you’ve received – is a much bigger factor … Still, the type of car you own does have something to do with your insurance premiums.”

And those differences could be even greater, according to Insure.com, which recently showed a $2,700 gap between the vehicle with the lowest average premiums (Honda Odyssey LX at $1,112) and the one with the highest premiums (Mercedes-Benz S65 AMG convertible at $3,835).

The national average for car insurance is $1,605 annually, Insure.com reported from its study.

Following is 24/7’s list of the 25 least-expensive vehicles to insure, along with vehicle type, size and average annual insurance cost:

And the 25 most-expensive vehicles to insure?

Finally, says mycarinsurance123.com, “The only way to know for certain how much your auto insurance will cost is to get quotes online and compare companies, policies and prices.”

That is true especially if you have an unenviable driving record or credit score, are the wrong age or gender, live in the wrong state, or drive your vehicle more often and more miles than the average driver, all of which are factors insurance companies take into account.

But buying a vehicle that is less expensive to insure at least can reduce the pain in your wallet. 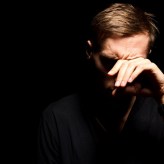 Buyer’s remorse. It’s awful any time of the year. But regretting a vehicle purchased during the holidays can be just about the worst-case scenario. Especially when regifting is not really an option in this case. So don’t let misplaced enthusiasm…