And showing its age, according to some.

The U.S. Department of Transportation has concluded that the nation faces a “significant backlog” in needed repairs and improvements to pavement, bridges and expansion.

Imagine what it would be like to travel from Bangor, ME, to San Diego, CA, about 3,275 miles, or from Miami, FL, to Seattle, WA, about 3,301 miles, about 48-hour trips, without the Interstate system.

Most of us can’t imagine it because we’ve always had the system.

However, an analysis of AAA driving distances and times in the publication The Best Investment A Nation Ever Made suggested at least a 20 to 40 percent time savings traveling between cities. That’s a savings of 10-20 hours for those 3,000-mile trips above, based on Google Maps calculations.

The need for a transcontinental highway system was recognized as early as 1919 – nearly a century ago – when Eisenhower, who would be elected president about 30 years later, participated in the U.S. Army’s first transcontinental motor convoy, from Washington, D.C. to San Francisco.

The trip reportedly took 62 days to complete largely because of inadequate roads and highways.

But it’s not just time the Interstate Highway System saves motorists, according to TRIP, a national nonprofit transportation research group based in Washington, D.C. The system saves lives and reduces injuries compared to other major roadways, which may lack safety features common to Interstates.

“The system provides a network of highways with a variety of safety designs that greatly reduce the likelihood of serious crashes,” the research group said in The Interstate Highway System Turns 60.

“Travel on the nation’s Interstate highways is approximately twice as safe as travel on all other [non-Interstate] roadways,” TRIP reported. The group cited safety features such as separation from other roads and rail lines, a minimum of four lanes, gentler curves, paved shoulders, median barriers, and rumble strips to warn drivers when they are leaving the roadway.

Following are some other interesting Interstate facts with which to impress your family and friends:

With construction costing today’s equivalent of a half-trillion dollars, the Interstate system has been called “the most ambitious public works project built since the Roman Empire.”

But TRIP suggests the system is worth the money spent to build and maintain it because of its impact: “The Interstate Highway System is the backbone of the nation’s economy … [and] has given Americans greater choices about where they live, work, shop and spend their leisure time.”

Think about where we would be without it. 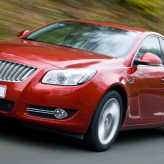 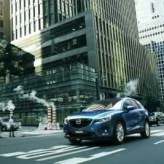 American drivers finally have had enough of gas-guzzling vehicles, it seems, based on evidence collected over the last five years. That also has fueled a significant decline in greenhouse gases – pollution. New vehicle models purchased last month – including… 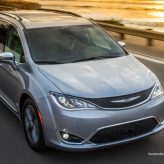