Not the color green, which we covered in our St. Patrick’s Day blog post. And not green as in the color of the money shoppers might save by purchasing a vehicle with a lower price tag – new or used.

In this case, we’re talking about green as in environmentally friendly, which generally means vehicles with high fuel mileage. Notice, we didn’t say high GAS mileage, since the greenest, most environmentally friendly vehicles are electric – not gasoline or diesel powered. We also don’t want to create any confusion with natural gas-powered vehicles, which also are available.

That knocks out the 10 most fuel-efficient vehicles (and then some) from the Honda Civic Hybrid and Lexus CT 200h Premium at 40 mpg overall to the BMW i3 Giga at a stupendous 139 mpg overall.

Here’s the list we culled from Consumer Reports data, including mpg and vehicle category:

Obviously, if we considered alternative fuel vehicles and hybrids the list would change dramatically. However, sales of alternative-fuel vehicles barely topped 3.5 million in 16 years, and last year represented only about 2.75 percent of nearly 17 million new cars sold in the United States.

The most successful entry by far has been the Toyota Prius, which held nearly 50 percent market share in 2014 and has sold about 1.5 million through December 2014.

But, clearly, if you want to drive green starting this spring, there are plenty of affordable options. If you think we missed one that should be on the list, go to our Facebook post and weigh in. 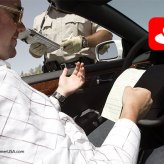 Do vehicles themselves attract tickets? Or is it the drivers who are drawn to certain vehicles that are at fault? “It’s the driver that gets tickets, not the car,” said Penny Gusner of Insurance.com. “But it is interesting to see… 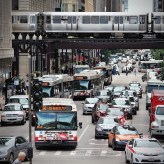 It might be difficult to imagine for anyone who commutes to work by car, but more and more Americans are “spurning” driver’s licenses. And that’s not just young adults, on whom researchers have been focused. “The most recent trend holds… 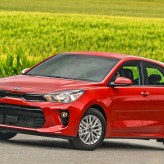 Most of us have been there. Either as a purchaser or passenger in a vehicle bursting with new car technology. Including in-car audio, communication, entertainment and navigation (ACEN) intended to make your driving experience more satisfying and complete but which…