Most people know it’s not good for them, but they do it anyway.

About 93 percent of drivers say they have regularly or fairly often seen another driver talking on a cellphone in the past month and 84 percent claim to have seen other drivers texting or emailing, according to a survey by the AAA Foundation for Traffic Safety.

And many of the drivers observing the bad behavior actually admit they do it themselves.

But some places in the country are worse than others when it comes to distracted driving, according to Zendrive, an automotive analytics company. 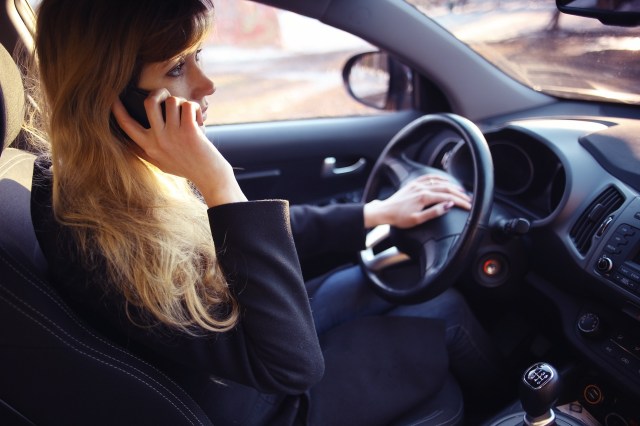 The worst of the lot among the 22 cities Zendrive studied?

Houston, TX, where drivers spend almost 8 percent of their driving time on their phones as well. And it wasn’t even close, although Miami, FL, at 7.08 percent phone time, Detroit, MI, at 7.02 percent, and San Jose, CA, with 7 percent also equaled or topped 7 percent phone time.

For a one-hour commute in Houston, where a high percentage of residents have commute times of 45 minutes or more, drivers on average spend almost five minutes on the phone while driving. That figure would be just over four minutes in Miami, Detroit and San Jose.

We’re more distracted than ever when we drive – reports

To put these results in perspective, drivers in general use their cellphones an average of 1:52 of every hour behind the steering wheel, according to Zendrive. But among those drivers who actually use their phones at least once, the average doubles to 3:40.

“Driver phone use increased this year in every city that Zendrive looked at in the study,” the company reported in 2018 Distracted Driving Snapshot | What we learned from driving 100 billion miles. “Whether or not there’s a state or local law against driver use of hand-held phones appears to have little effect on the amount of driver phone use at the city level.”

The remainder of the top 10 cities in the percentage of time drivers spent using their phones were:

The best cities on the list were Seattle, WA, at 5.7 percent of drive time spend on the phone; Portland-Vancouver-Hillsboro, OR/WA metro area, 5.81 percent, and Portland, OR/WA, 5.95 percent. Those percentages still equate to about 3.5 minutes on the phone out of an hour of driving. Perhaps surprisingly, New York, NY, and Chicago, IL, were nearer the bottom of the list than the top.

Zendrive also identified the most to least distracted states.

The most distracted drivers are found in Mississippi, Rhode Island, Louisiana, Oklahoma and  Connecticut, where time spent on the phone while driving ranged from about four to five minutes. The least distracted states were Oregon, Montana, Washington, Wyoming and North Dakota, where drivers spent just over three minutes out of an hour’s drive time on their phones.

It has been nearly a quarter century since the last new Ford Bronco hit the road – or the off-road. But that’s changing after years of planning with Ford Motor Co.’s re-introduction of the iconic vehicle that was discontinued with…