It wasn’t too long ago – about five years – that more car models were available to new-vehicle shoppers than crossover/SUVs.

But the car wars are over and, apparently, crossover/SUVs have won.

Two years from now, new-vehicle shoppers will have more crossover/SUV model choices than car and truck choices combined, according to a recent prediction by Bank of America/Merrill Lynch.

More than ever, in fact, with automakers expected to produce 120 crossover/SUV models in 2021, rising to 133 in 2022 and about 150 a year after that. Over that same period, the number of available car models will comprise as few as 58 existing and new combined.

New crossover/SUVs alone will account for 110 models over four years (2020-23), with 49 of them luxury vehicles – Mercedes-Benz accounting for nine over that period.

But that also means 61 new models will be mainstream vehicles, with the most from Ford and Nissan, six each, followed by Kia, Mazda and Jeep, five each, and Honda and Hyundai, four each. Volkswagen, Chevrolet and Mitsubishi each will produce three new crossover/SUV models over those four years. Four other brands will produce two new models and nine will make just one new model.

Following are the anticipated crossover/SUV models by year and segment:

Models identified in the BOA/ML study include only all-new or next-generation vehicles – what the industry typically calls “major” product introductions. Not included are mid-cycle enhancements, where only “modest changes” are made to a vehicle, said the banking and investment company.

The study is based on numerous primary and secondary sources, said BOA/ML, including industry contacts, auto show visits, trade publications and enthusiast magazines. 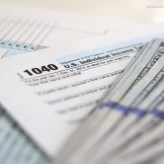 Tax refunds are arriving. And that means many Americans may be looking for a new or used vehicle on which to spend the money they get back from Uncle Sam. Of course, due to the Coronavirus outbreak, the tax deadline…

Can you afford to buy a pure electric vehicle? Not too long ago that would have been a realistic question, when Tesla probably was the only brand many car shoppers could name and the price of the Model S reached… 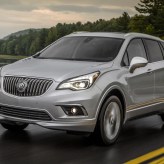