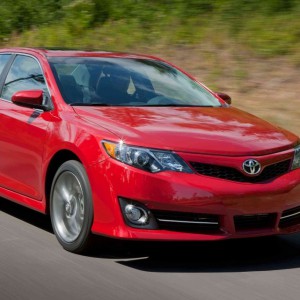 Headlines from a quick online search for “automakers Super Bowl” provide an interesting picture of how competitive the game before the game has become.

In most previous years, fans looked forward to commercial breaks from the game to get a look at some of the most creative advertising images viewers were likely to see all year. This year still should provide plenty of entertainment during traditional breaks, but advertisers are branching out as costs rise.

A 30-second Super Bowl commercial this year costs $2.4 million up to $4 million. At least seven automakers are spending about $8 million for a 60-second spot during the big game.

But teaser commercials featuring reggae singers, supermodels and TV stars have been released in recent weeks to build hype for Audi, Mercedes-Benz, Toyota, Volkswagen and others as automakers seek to get the most from their advertising budgets leading up to the big game. VW’s ad already is generating controversy – “accused of being racist,” according to the Washington Post.

A few other nuggets for which to look, according to Snavely:

Chrysler has purchased airtime but has declined to reveal any details about the amount of time or the number of commercials it is planning; Lincoln will be in the Super Bowl for the first time ever with a 60-second spot by comedian Jimmy Fallon; Hyundai marks its sixth year as an advertiser with five game-day ads, including four all-new spots; Mercedes-Benz has enlisted supermodel Kate Upton and music star Usher to launch its new, entry-level CLA-Class sedan (a fourth-quarter ad will reveal the car’s price tag), and Volkswagen is returning to the big game for the fifth consecutive year.

Ford’s presence is represented by two 30-second ads for its luxury Lincoln brand, reports MLive.com, while General Motors has dropped out of the bidding, preferring to spend its ad dollars another time.

Despite GM’s absence, there should be plenty to entertain football-loving autophiles.