Even with the best used-car brands, it’s a word you usually won’t read.

And, really, you won’t read it here except for the mention above, because it’s a practically impossible standard to apply to car brands, especially for three-year-old preowned vehicles.

But some brands come close, according to the 2019 U.S. Vehicle Dependability Study by J.D. Power.

Toyota and Porsche came closest with 39 of 40 points in J.D. Power ratings of mechanical systems, exterior and interior, features and controls, and overall, each with three perfect 10s. Toyota’s luxury brand, Lexus, came in second with 38 of 40 points, including three 10s.

All three brands rated 10s overall, according to J.D. Power, a consumer data and analysis firm, but Toyota and Lexus received the overall J.D. Power awards.

None of the 31 other brands rated 10 overall, although several scored 10s in other categories.

The J.D. Power ratings are similar to brand rankings based on reporting of vehicle problems over the last 12 months by original owners of three-year-old vehicles (2016).

Those rankings scored Lexus at No. 1, with 106 problems per 100 vehicles (PP100), according to survey respondents, followed by Toyota, the top mainstream brand, and Porsche at 108 PP100.

Here is the complete list of brands that scored at least the industry average of 136 PP100:

“Vehicle dependability continues to improve, but I wouldn’t say that everything is rosy,” said a J.D. Power spokesman. “Vehicles are more reliable than ever, but automakers are wrestling with problems such as voice recognition, transmission shifts and battery failures.”

“Dependability is a determining factor in whether customers remain loyal to a brand, so manufacturers need to help customers who are currently experiencing vehicle problems,” he said.

Our next blog post will reveal “Where to find dependable used cars the next time you’re shopping.” 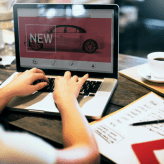 The end of the year is the best time to get a deal on a vehicle. That’s the common wisdom, anyway. COVID-19 and its ripple effects have changed the calculation this year for many shoppers, but one thing that hasn’t… 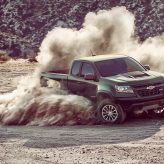 How do you spell quality? C-h-e-v-r-o-l-e-t, according to consulting firm Strategic Vision. Based on a survey of 42,000 new-car owners, the Detroit-based automaker captured five of 27 categories in Strategic Vision’s 2017 Total Quality Impact (TQI) awards. A total of… 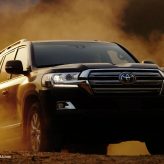 Buy a Toyota Land Cruiser and chances are you’re keeping it for a while. The large sports utility vehicle tops the list of the 10 new vehicles that owners keep the longest, at an average of 10.6 years, according to…