Not all cars, trucks and SUVs are created equal.

Especially when it comes to new vehicles that hold their value best in the years after purchase.

A study of more than 4.3 million new and used car sales by the shopping website iSeeCars.com identified 25 models that hold their value better than average. That is, depreciating less than the average new car, which loses 50.2 percent of value after five years.

The winners are mostly SUVs and pickup trucks, which comprise nine of the top 10, iSeeCars reports, and 20 of the 25 vehicles that retain as much or more value than average.

The No. 1 and No. 2 vehicles overall are the Jeep Wrangler Unlimited and Jeep Wrangler, which depreciated just 27.3 percent – retaining 72.7 percent of their value – over five years. The Wrangler is considered a sport utility vehicle or SUV.

The remainder of the top five and six of the top 10 vehicles that hold their value best are pickups.

Here are the top 25 vehicles listed by category and including overall rank, depreciation and amount of retained value after five years, based on the iSeeCars.com study:

Jeeps topped the list because they “are known for retaining their value due to their enduring popularity, as well as their durability and performance across all terrains,” said Phong Ly of iSeeCars.com.

The iSeeCars spokesman attributed the presence of multiple Toyotas (three) and Hondas (two) in the top 10 because they have “a strong brand reputation for their reliability and durability, which helps contribute to their above-average value retention.”

Of the lone passenger car on the overall top-10 list, the compact Subaru Impreza, Ly said, “The Impreza is the only compact vehicle in its class to offer standard all-wheel drive, making it one of the most affordable vehicles with that option. Subarus are also known for their safety and durability, which help contribute to the Impreza’s lower-than-average depreciation.”

“For consumers who buy new vehicles and sell them around the five-year mark, choosing a model that retains the most value is a smart economic decision,” said Ly. Although, on average, new-car purchasers keep their vehicles about seven years.

Understanding a vehicle’s depreciation is an important factor in helping both new- and used-car shoppers make an informed purchase decision, according to iSeeCars.

“If you plan on trading in or selling your vehicle after a few years, a car that retains most of its value can put more money in your pocket for your next car purchase,” said Ly. “If you are a used car shopper, choosing a car that has already taken a depreciation hit can provide you with a substantial deal.” 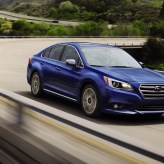 If you are thinking about purchasing a CPO vehicle this year, you aren’t alone. But what does certified pre-owned mean to you? Value if you buy the right model car, SUV or truck. By the end of the year, nearly… 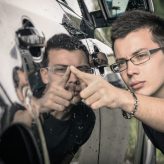 Buying a used car is looking better and better to many shoppers. About $14,000 better on average, according to Experian Automotive and others, as the average new-car transaction price surpasses $37,000 and the typical loan comes in around $31,000. “New…

There’s Craigslist. And there’s NOT Craigslist, competitors such as Oodle and Geebo. And then there’s trying to find order in the chaos of classified advertising websites selling used cars to determine whether any is/are worth the time and effort to…