Vehicle owners are adding insult to injury for the traditional sedan.

Which new cars owners keep the longest and how long they keep those vehicles depends on a lot of things such as how well a vehicle continues to fit an owner’s lifestyle, according to iSeeCars.com, automotive research firm, search engine and car news website.

The company analyzed more than six million used vehicles sold by original owners to identify which new cars owners keep the longest and how long they keep them.

The winner: Ford Expedition, one of five SUVs in the Top 10, said iSeeCars in reporting the study. Original purchasers keep them about nine years or 1.6 years more than average of 7.4 years.

The Expedition was one of three Fords, with three Toyotas, two Hondas and two Chevrolets.

These are the Top 12 cars to buy used instead of new – iSeeCars.com

“The Expedition is joined on the list by two other SUVs with standard seating capacity of at least seven passengers – the Toyota Sequoia and Chevrolet Suburban,” said iSeeCars. “The two remaining SUVs on the list, the Toyota 4Runner and the Ford Explorer, have optional third-row seating in select models.”

“These vehicles tend to be family haulers, which means parents are likely to keep them longer than average and not replace them until a large vehicle is no longer necessary,” said Phong Ly of iSeeCars.

Here is the complete Top-10 list with years original owners keep them:

The three sedans listed – Avalon, Accord and Taurus – are spacious cars offering “ample” cargo room, while the Corvette is the only sports car and the Odyssey the lone minivan.

And one pickup truck

Only one pickup truck purchased new was kept longer by the original owners than the 7.7-year category average – the Toyota Tacoma at 7.8 years – according to the iSeeCars study, although the Nissan Titan and Nissan Frontier both matched the category average. 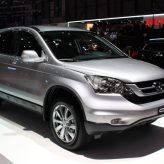 Best used cars to buy. It’s what some 40 million Americans a year seek. But the number of choices goes, literally, into the thousands, making it a daunting task unless you have some way to narrow the possibilities. Fortunately, resources… 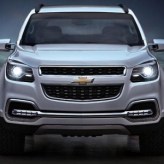 General Motors has recalled nearly five million vehicles since the beginning of 2014, involving many of the automaker’s most popular and best-known models, and nearly as many vehicles as last year’s leader Toyota recalled in 12 months. That’s also about… 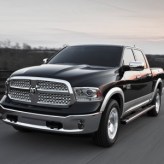 Three pickup trucks and eight U.S.-produced products are among the Top 10 used-vehicle choices for non-prime buyers, says a recent report. The three trucks, which were among the Top 5 used vehicles, were the Ram 1500 (No. 1), the Ford…