But the “unbeatable” Nissan Murano and Maxima may come close based on a recent survey of 50,000 new car and light truck owners by AutoPacific marketing research and consulting firm.

The two models led the way for Nissan, which won six of 25 Vehicle Satisfaction Award categories, followed by Fiat Chrysler Automobiles (FCA) and Hyundai-Kia, which earned four awards each.

“It is heartening to lead the field in terms of the most category winners in vehicle satisfaction,” said Billy Hayes of Nissan North America. “It means Nissan owners across a wide range of product styles and types really love their vehicles. We couldn’t be more pleased.”

Together, the three top automakers combined to win 14 of 25 satisfaction awards.

The awards measure owner satisfaction only across 32 separate attributes ranging from driving performance to seating comfort and interior design.

The Murano, which won for the fifth consecutive year, and Maxima, which won its fourth straight, “continue to be unbeatable since their redesigns entered the market in 2015 and 2016, respectively,” according to an AutoPacific press release announcing the awards.

“Even with new competition this year in the all-new Subaru Ascent, Volkswagen Atlas and Lexus ES, the Murano and Maxima came out on top,” said George Peterson, AutoPacific president. Besides the Murano and Maxima, Nissan winners were the Altima, Armada, Rogue and Infiniti Q60.

The other big winners, FCA and Hyundai-Kia, each earned four awards, FCA for the Ram 1500 pickup, Jeep Grand Cherokee, Dodge Challenger and Chrysler Pacifica, and Hyundai-Kia for the Kia Cadenza, Kia Forte, Hyundai Accent and Hyundai Tucson. It was the third consecutive year the Grand Cherokee and Challenger racked up satisfaction awards, and the second straight year for the Accent.

“The Ram 1500 is a truly exceptional pickup,” said AutoPacific’s Peterson. “But what carries Ram to the top as a brand is high satisfaction in areas that can be problems for other brands.”

Lincoln was named the highest satisfaction premium brand, after ranking fifth last year, and the Lincoln Navigator the most satisfying vehicle overall.

Winners by category and segment were:

“For 23 years, AutoPacific has been providing true unbiased insight into which vehicles are giving their owners the most satisfying experience,” said Peterson. 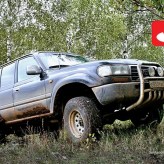 Reliability. It’s the thing most used-car shoppers rank high on their list of attributes for their next vehicle. After all, who wants to get stuck fixing somebody else’s problem? But finding a quality, reliable used vehicle may be easier said… 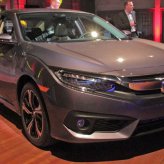 We’ll make it simple. If you’re shopping for a 2016 model vehicle this holiday season, Kelley Blue Book has a dozen suggestions, winners of its annual Best Buy Awards. Honda was the big winner with its redesigned Civic not only… 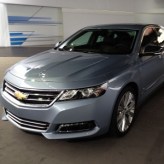 With a phoenix-like turnaround, the revamped 2014 Chevrolet Impala has changed the landscape of Consumer Reports ratings by earning the top spot overall for all sedans — and taking a position that has been held by Japanese and European models…