You might not think that Philadelphia, PA, and Greenville-Spartanburg, SC, have much in common. Or, for that matter, Houston, TX, and Portland, OR.

In fact, all four cities share something with 19 others among the top 50 U.S. metropolitan areas.

What they apparently share is a love of the Ford F-150 pickup truck, the best-selling light vehicle among used cars, trucks and SUVs, helping to make trucks the most popular segment in half the 50 markets. The F-150 also led new-vehicle sales in 20 of 50 metro areas with trucks top sellers in 29 markets overall.

The F-150 was even more dominant among used and new cars state by state, according to iSeeCars, selling most in 32 used-car markets and 22 in new-car markets.

“While pickup trucks are commonly known as being work vehicles, they have evolved to be popular family haulers, as well, thanks to their abundant cargo room and safety features,” explained Phong Ly of iSeeCars.com, an automotive research website, which conducted the study.

“The Ford F-150 has been America’s undisputed best-selling new vehicle for over 40 years, and it maintains its popularity in the used-vehicle marketplace, as well,” Ly said in announcing results of the iSeeCars study. The research looked at almost 20 million vehicle sales for 2019 to determine the most popular used and new cars across the United States by metro area and state.

Other category winners among used vehicles were the Nissan Altima (sedan) and Chevrolet Equinox (SUV) and among new vehicles, Honda CR-V (SUV) and Honda Civic (sedan).

Following are category winners and number of metro areas and states where they captured top billing:

Detailed city-by-city and state-by-state results are available at iSeeCars.com. 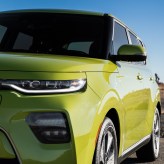 Why buy an electric vehicle? Try as they might, car companies and supporters haven’t convinced many new-car buyers to purchase electric vehicles. But that hasn’t stopped them from trying. EV sales rose 81 percent last year compared to 2017, supporters… 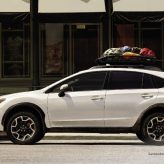 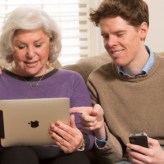