As college students drive off to their campuses, coming up with the right new car for them and for the teens left behind poses a challenge.

Any teenager probably has a “dream” car in mind. More often than not, however, their vision doesn’t match that of their parents, who are more concerned with safety features, plus the family budget.

So we asked the experts at Cars.com: What are the Top 10 New Cars for Teens these days? 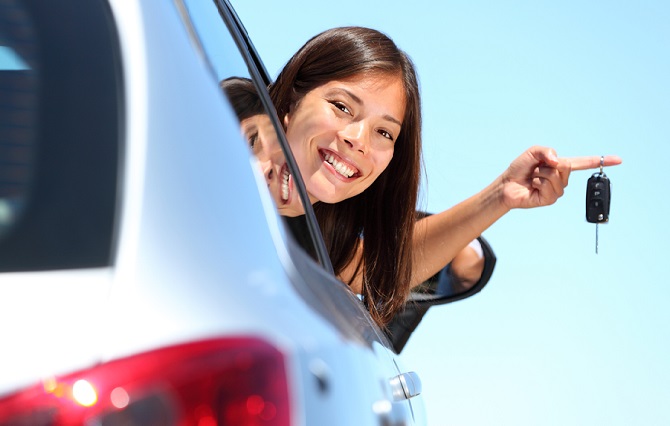 “You won’t see any brand-new or recently redesigned models because most haven’t proven themselves or been crash-tested,” he said.

For both college students and stay-at-home teens, cost is a major factor.

“A parent might emphasize reliability more if the student will be away from home, or insist on a new vs. used car,” Wiesenfelder said. “For concerned parents, all other things being equal, newer cars provide more protection than older ones.”

Following is the Cars.com list and the research website’s comments:

2015 Kia Soul
Starting MSRP $15,900
“The Soul is an affordable choice for young hipsters wanting form, function, safety and individuality in the car they choose to drive them through their evolving lives.”

2015 Honda Civic
Starting MSRP $19,110
“The Civic comes in enough trim levels to satisfy nearly every young driver out there. Efficiency blended with a history of quality attracts shoppers to the Civic in droves.”

2015 Mazda Mazda3
Starting MSRP $17,765
“For the new driver with places to be and people to see, this compact’s style and Zoom-Zoom-i-ness is quite irresistible.”

2015 Mazda Mazda6
Starting MSRP $22,010
Mazda6 is one of the rare teen-appropriate midsize cars in the market. “In addition to being a good all-around performer, the Mazda6 has undergone a mild update for 2016, and that means there may be deals to be found on the 2015 model, which is very good regardless.”

2015 Nissan Frontier
Starting MSRP $18,875
“You may not think of a pickup truck as a best car for teen drivers, but there are those hard-working industrious teens tasked with hauling more than just friends around.”

Did you miss the deals on 2014 model-year vehicles at the end of the year? Well, don’t despair. You almost certainly can save money if you’re willing to shop for a 2014 model instead of a 2015, based on Edmunds.com’s…